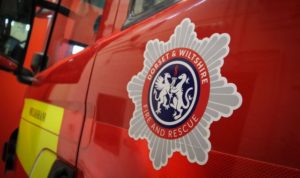 This includes an increase in its precept – the portion of Council Tax which goes to the fire authority – equating to less than 3p per week for Band D properties in Bournemouth, Christchurch & Poole, Dorset, Swindon and Wiltshire.

This means the annual Band D property precept for the fire and rescue service will be £76.36 for the financial year starting on April 1 2020.

Council Tax is the charge made to every household for local services provided by Dorset Council, the town council, Dorset Police and Dorset & Wiltshire Fire & Rescue Service, with each authority setting its own precept (its portion of the Council Tax bill) every year.

Lyme Regis Town Council has already agreed a 10% increase to its precept, and Dorset Council is set to make a final decision on its budget today (Tuesday), with a 3.996% increase in its precept expected to cover the rising costs of social care.

Dorset Police is also considering an increase in its Council Tax precept and has been consulting the public on whether they would be willing to pay an additional £1.25 a month to provide more police officers across the county.

Following the announcement of Dorset & Wiltshire Fire and Rescue Authority’s budget, Chief Fire Officer Ben Ansell said: “Elected members and officers have continued to lobby for the freedoms and flexibilities to increase the fire precept for Band D properties by a modest £5 per year or just 10p per week.

“The fire authority were only given the opportunity to increase by 1.99% or £1.49 on last year. However, this year we have also seen a small 1.6% inflation related increase in our grant funding, receiving an extra £229,000 on 2019-20. Whilst this is welcome, at this stage it is for one year only.

“Across our service area we are committed to recruiting more on-call firefighters, who are so vital to our predominantly rural service, and to maintaining our commitment to prevention and protection activities.

“Whether working in schools, delivering Safe & Well visits to people in their homes, or responding to and implementing the recommendations of the Grenfell Tower Public Inquiry, our priority remains to change and save lives.”

Cllr Rebecca Knox, chairman of Dorset & Wiltshire Fire and Rescue Authority, added: “Our Fire and Rescue Service delivers so much to our local communities – people are very aware of the 24/7 emergency response, but there is also a wealth of education, prevention and protection work being carried out every single day to help people to stay safe.

“The decisions made today by members continue our commitment to maintaining this excellent service to local people.”

Also considered by the authority at this meeting was a paper providing an update on Her Majesty’s Chief Inspector of Fire and Rescue Services, Sir Thomas Winsor’s State of Fire and Rescue 2019 report, which was released in January following the results of all fire and rescue service inspections in England.

Dorset & Wiltshire Fire and Rescue Service received its inspection report in June 2019 and was one of only 16 fire and rescue services in England, awarded ‘good’ in all three pillars of Efficiency, Effectiveness and People.

COASTGUARDS in the Lyme Regis area have issued a warning after being called to two incidents of dogs falling over cliff edges within 24 hours.  […]

THE RNLI is issuing a safety warning in the South West to anyone planning to head to the region’s south coast this weekend. […]