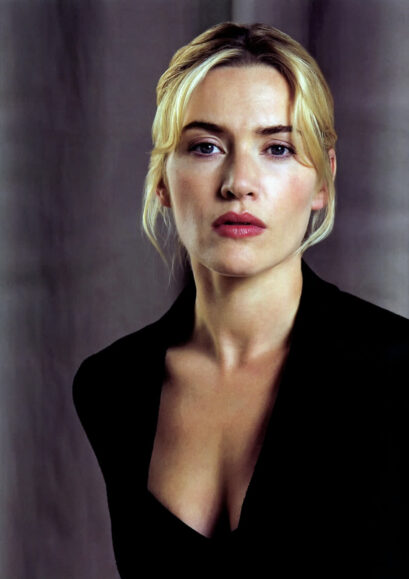 LYME Regis could be set for another tourism boom if a film starring Hollywood star Kate Winslet about the life of fossiller Mary Anning is a box-office hit.

News of the film, to be called ‘Ammonite’, was announced last year. It has been commissioned by The Irish Television & Film Network and the script has been inspired by the life of Lyme’s famous hunter.

Set in 1840s England, the film will chart the intense relationship that develops between Anning and a young woman sent to convalesce by the sea. Kate Winslet (pictured)  plays the part of Mary Anning with Saorise Ronan cast as the young woman. Winslet, who visited Lyme Regis last week, and Ronan, most recently in “Mary Queen of Scots”, are two of the biggest names in Hollywood.

By all accounts, when Winslet visited Lyme Regis Museum last week she was coached in the Dorset accent by museum volunteer Lizzie Wiscombe.

When Lyme Regis was featured in ‘The French Lieutenant’s Woman’, written by local author John Fowles and starring Meryl Streep and Jeremy Irons, 40 years ago, the town became a magnet for film fans, especially Americans, resulting in a tourism boom which lasted for many years.

A number of locals were used as extras and the production company for ‘Ammonite’ are hoping to so the same. They are currently looking for men and women aged 17 and over to work as paid extras. Those applying must have a natural hair colour.

To apply, visit the website uk.wegotpop.com/apply and fill out the form and upload a photo of yourself. Applicants should select the option ‘REF:FOSSIL’ in the ‘How did you hear about us?’ section.

Work is due to start in converting the lower part of Broad Street into the 1840s and on Wednesday, Eddy Pearce, location manager for the filmmakers, Ammonite Fossil Films Ltd, attended a meeting of Lyme Regis Town Council when the plans were discussed.

The film company will spend eight days filming in the Bell Cliff area, starting on Thursday on Monday, March 11. They will also spend one or two days filming at The Cobb and a day on Monmouth Beach at the end of March.

A section of the non-cobbled pavement – from Seasalt down to the Cobb Gate car park – will be covered with period-relevant ground cover. The film company is already engaged in extensive consultation with local businesses.

Other requests include the following:

The company has requested use of the Guildhall for the entire period of the shoot. All areas would be fully reinstated after the shoot.

In the 1980s when ‘The French Lieutenant’s Woman’ film was made, a significant sum of money was given to the town for disturbance which enabled instruments to be bought for the reformed town band.

During the public forum, local resident Ken Gollop drew attention to the disturbance the filming would cause. He reminded councillors that when ‘The French Lieutenant’s Woman’ was filmed the production company gave a sum of £8,000 to the town, which resulted in instruments being bought for the reformed town band and the formation of the now defunct Junior Band.

Mr Gollop thought the town should receive compensation for the disturbance and that money should be given to an organisation such as the Rotary Club and allocated to help young people, possibly through scholarships or, perhaps, sending a Scout or Guide to a World Jamboree.

Councillors delegated responsibility to negotiate a fee to the town clerk John Wright, who said discussions were already taking place about compensation, but he was unable to reveal a figure at this moment.

Councillor Jeff Scowen thought the town should get at least £100,000 because the film would be “a blockbuster” and make millions of pounds profit.

Mary Anning statue could cost up to £300k

A STATUE of famous fossil hunter Mary Anning could cost between £250,000 to £300,000 but campaigners keen to see the memorial erected in Lyme Regis say they won’t be taking any funding from the public purse. […]