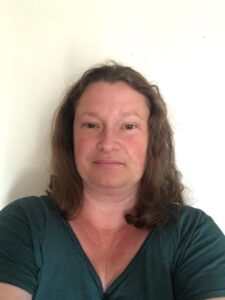 TARA Webb has been elected to fill a vacancy on Lyme Regis Town Council.

The turnout was 37.3 per cent and 33 ballot papers were rejected for either voting for more than one candidate or being unmarked or wholly void for uncertainty.

Tara, the niece of existing town councillor Cheryl Reynolds, was born and raised in Lyme Regis and educated at The Woodroffe School.

She has worked in the care and hospitality industries and has been heavily involved in the Lyme Garden Growers and Lyme Regis Community Support group in recent months.

In her election address she said: “I believe that local people should be allowed to sort out local issues and that Lyme’s agenda must be based on a sound set of policies with a clear vision for the future.

“I would like the opportunity to put forward the view of the town’s people and will always represent your views.”

Councillors given update on plans for Dorset National Park

AN update on plans to create a Dorset National Park was given at this week’s meeting of Lyme Regis Town Council. […]

LYME Regis Town Council has continued to make financial preparations in case of a second lockdown in spring 2021, which the town clerk has warned could wipe out the authority’s reserves. […]

Just what don’t they understand about staying indoors?

THERE are a number of Lyme Regis residents who are working flat out in the NHS at our two local hospitals, Bridport General and Dorset County, who are on the front line caring for coronavirus patients. […]