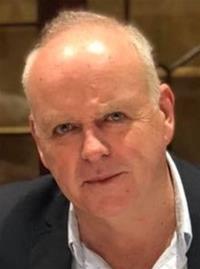 EAST Devon district councillors reconvened this morning (Friday) to complete the election of a new leader and deputy leader after an extraordinary meeting last night was abandoned “due to technical issues”.

As councillors were casting their votes, the meeting, being streamed live on YouTube, was suspended for violating the site’s terms and conditions after a councillor used a profanity without muting his microphone.

Councillors were voting to replace Cllr Ben Ingham, who stood down last week with his entire cabinet. The mass resignation came after defections by eight members of the ruling Independent Group.

When the meeting reconvened this morning, the ballot was completed with Cllr Arnott confirmed as the new leader with 32 votes against 20 for Cllr Moulding. There were eight abstentions.

Before Cllr Arnott addressed the meeting, Cllr Tom Wright (Conservative, Budleigh and Raleigh) apologised to the council for swearing which led to the live streaming being withdrawn.

He said he had not intended to abuse the council but was expressing his disappointment after nominating Cllr Moulding.

He also apologised for the harm his remark had caused to the democratic process and the public view of the council and councillors. He was also sorry for the stress he had caused the council officers.

Cllr Stuart Hughes (Conservative, Sidmouth Sidford) also apologised from the chair to the whole of the council and members of the public who witnessed the “unfortunate incident”.

Cllr Arnott, who is also a member of Colyton Parish Council, then addressed the meeting, saying “the entire farce” had shamed the democratic services of East Devon at a time of crisis.

He said: “It is essential that at this of all times, East Devon has a stable majority leadership. It must also have a keen eye on the district’s future wellbeing when this troubling period comes to an end.

“The electorate spoke and hoped for a reformed and improved council last year and our aim is to deliver that now with hard work and pride in the wonderful place that we are fortunate to call home.”

He said they wanted to work with everyone for the benefit of East Devon, but warned the Tories: “If your interest is working friends and allies outside the council then I’m afraid that your time is up.”

Cllr Arnott, in appointing his cabinet team, announced that three new roles would be created, with the corporate resources portfolio also looking at the recovery from COVID-19, a new climate change portfolio and a democracy and transparency portfolio created. Five assistant cabinet roles will also be created.

The new cabinet consists of:

Cllr Arnott announced that his deputy leader would be Cllr Eileen Wragg (Liberal Democrat, Exmouth) who had two decades of experience at district and county level.

The meeting was convened because the mass resignation came after defections by eight members of the ruling Independent Group – seven to the Independent Progressive Group and one to the Democratic Alliance, a group formed of the East Devon Alliance, Liberal democrats, the Green Party and three independents.

Cllr Ingham was elected leader of the council with the support of the Independent Group following the May 2019 elections, which saw the end of 45 years of Conservative leadership in East Devon.

IAN Thomas has retained his Trinity ward seat at East Devon District Council, despite resigning from the Conservative party just a week before the elections.  […]