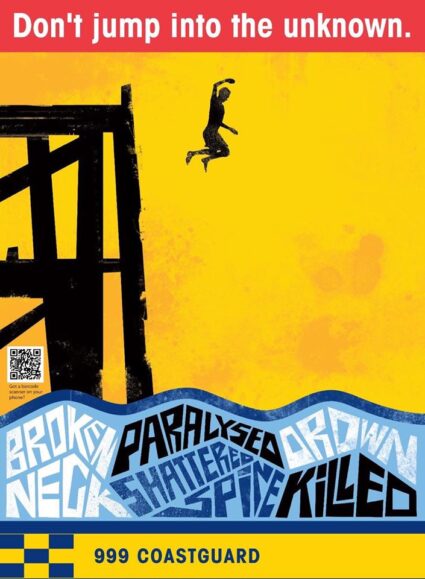 EMERGENCY services were called to Axmouth harbour yesterday evening after a young man ‘tombstoning’ was swept out to sea and could not get back.

Beer and Lyme Regis coastguards, Lyme Regis lifeboat, the coastguard helicopter from St Athan in Wales, fire and rescue co-responders and the ambulance service were called to the scene just after 6pm.

On arrival, the man had been recovered from the water by a paddle boarder and swimmer but was said to be “barely conscious, hypothermic and had ingested a lot of sea water”.

Coastguards and the fire service co-responders administered first aid until the paramedics arrived.

Once conscious, the casualty was carefully packaged into a stretcher and carried off the beach by the coastguard teams. He was then stabilised before being transferred by land ambulance to the Royal Devon & Exeter Hospital.

Some youths carried on tombstoning after this incident so coastguards then offered them safety advice.

The incident came almost a year after two teenage boys were rescued by Lyme Regis lifeboat crew after being swept some 200 metres out to sea from Axmouth harbour. The dramatic rescue recently featured on the BBC series ‘Saving Lives at Sea’.

A spokesperson for Lyme Regis Coastguards said: “The young man had been drinking throughout the day and was jumping off the harbour wall. This is known as ‘tombstoning’.

“Please do not tombstone from any harbour walls, cliff or bridges into the sea. There are numerous hazards under the water which can cause serious injuries. Three casualties had to be airlifted with life changing injuries at Durdle Door this weekend.

“The harbour at Axmouth is notoriously troublesome. It has very strong currents and a sand bar making the waters treacherous. This creates a ‘rip tide’ that will drag you out to sea very quickly.

“We cannot stress enough that tombstoning is putting your life at risk and the lives of the rescuers when something goes wrong.”

For emergencies on the cliffs, beach, sea or tidal river, call 99 and ask for the coastguard.

DORSET Police is introducing a new initiative in a commitment to better connect with local communities. […]

Dorset preparing for influx of visitors when lockdown is lifted

POLICE and councils in Dorset are already working on plans to cope with a massive influx of visitors at Easter and in the summer. […]