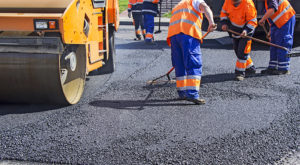 DORSET Council has set out how it will spend £9.1million fixing and upgrading roads, and preventing potholes.

Officers in Dorset Council’s Highways team are asking Cabinet to approve plans to invest £9.1million toward repairing some of Dorset’s worst roads and improving others.

On May 14, the Secretary of State for Transport announced a £1.7billion funding allocation to Combined Authorities and Local Highway Authorities for 2020/21 through the newly created Transport Infrastructure Investment Fund.

Dorset’s share of this additional funding amounts to about £9.1million, with £7.7million awarded by the Department for Transport (DfT) in the form of a Pothole Action Fund specifically to tackle the issue of potholes; investing in both carriageway repairs and preventative treatments.

The council’s Highways Executive Advisory Panel, made up of elected members from across the political divide and chaired by Cllr Cherry Brooks, has worked alongside officers to determine how the money should be spent most effectively to support Dorset’s road network.

The additional funding is also intended to kick start the construction industry and wider economy, assisting in the authority’s recovery from the impacts of COVID-19, and flood damage arising from the winter.

Investing in drainage infrastructure and preventing the formation of water on the highway, plays an important role in protecting the county’s roads from the impacts of potholes.

The investment of these capital funds will also help address network resilience issues arising from the impacts of climate change.

Highways teams are now committed to lower energy asphalts, recycling and surface treatments, as well as investment in low energy bulbs for street lighting and traffic control which will help reduce carbon emissions.

There are also further proposals to invest £1,393,385 into the following schemes:

Cllr Ray Bryan, Dorset Council portfolio holder for Highways, Travel and Environment, said: “We’re delighted to be able to share our plans for how we intend to spend this much-welcome investment from central government.

“As a rural county, our road network is vital to Dorset residents and it’s imperative we enable people to be able to get around safely.

The Department for Transport is allocating over £112million to the South West, enough to fix around two million potholes in 2020/21, or to stop them forming in the first place.

“Our Highways team works incredibly hard to look after our roads and this funding will give them a welcome boost in resources to deal with maintenance issues faster than before.”

DORSET councillors will tomorrow (Thursday) consider their plans to consult the public on dog restrictions on beaches.  […]

DORSET Council’s Cabinet has agreed on council tax exemptions for young people who have spent time in foster or residential care. […]

WITH all meetings of Lyme Regis Town Council being suspended due to coronavirus, the mayor, Councillor Brian Larcombe MBE, has agreed to answer questions that we will put to him on your behalf and we will publish his responses throughout the crisis. […]