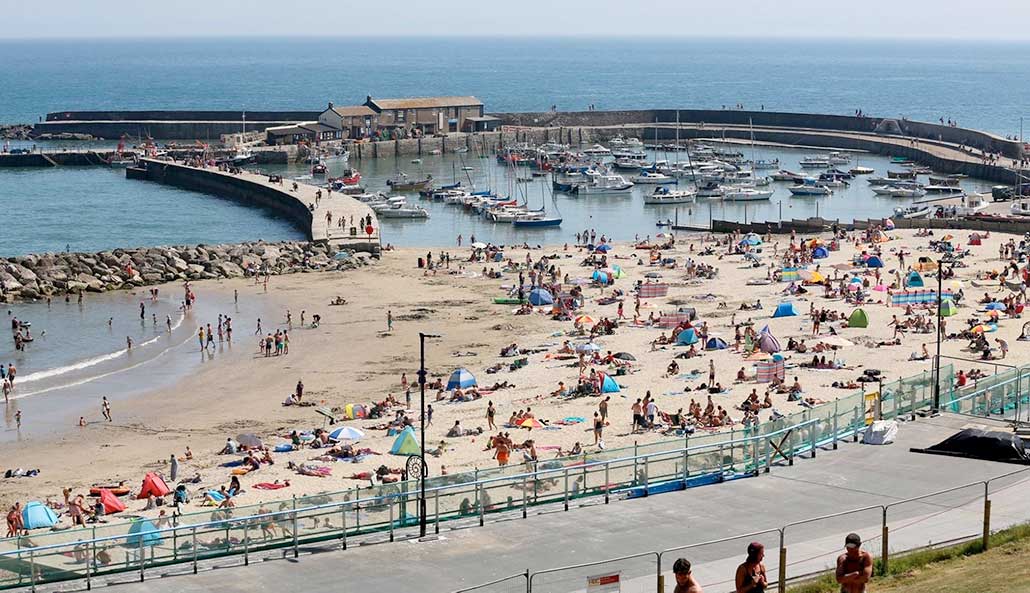 POLICE and councils in Dorset are already working on plans to cope with a massive influx of visitors at Easter and in the summer.

The county’s Police and Crime Panel were told this week that authorities were caught out by the huge numbers which flooded into the county last year as soon as lockdown was lifted.

Police and Crime Commissioner Martyn Underhill said that, although Bournemouth’s beach scenes worried him last spring, he was far more concerned by 3,000-plus people crammed onto the beach at Lulworth Cove with virtually no facilities.

The Police and Crime Panel heard that, at the time, nobody was able to get their hands on any low-loaders to take away illegally parked cars blocking roads or find extra bins or portable toilets.

The meeting was told that, this year, the police and its partners would be better prepared and had already been planning for what might happen as the weather improves and when lockdown restrictions are lifted.

Chief Constable James Vaughan said he was confident of the county being better prepared for the anticipated flood of holidaymakers, assuming lockdown was lifted, but warned that there was no extra budget to deal with the situation at the moment, although the government had been asked for help.

“We are developing a good plan. It’s at the forefront of our minds for when we come out of lockdown,” he said.

He said that he had met with the Home Secretary and other ministers to press the case for Dorset to have an increase in government grant money to help deal with COVID-related incidents.

“Apparently it is being looked at favourably,” said the Chief Constable.

Bournemouth, Christchurch & Poole councillor George Farquhar said he had been on Bournemouth beach, observing with other councillors at the time the resort made the national news.

“There was a lot of pent up frustration and anger with people in any sort of authority, even with people wearing a yellow vest who empty the bins… We were massively caught out,” he said.

He asked for thought to be given to how the county could communicate with people living a long way away that it might be best not to visit Dorset.

Weymouth councillor Pete Barrow said the behaviour of rough sleepers on and around the town’s seafront at the time of the first lockdown caused major problems for local people.

He said many of the rough sleepers suffered from mental health problems and he hoped that more effective measures could be found should the situation arise again.

Mr Underhill said he had held meetings with Dorset Council about the situation and was content that they had learned lessons from the incidents.

“It caused massive problems. My inbox was bristling with people complaining, but I don’t think it will happen again,” he said.

Cllr Sherry Jespersen warned against concentrating all the resources on seaside areas – she said there were also incidents taking place in the rural areas causing residents’ upset.

DORSET Council has set out how it will spend £9.1million fixing and upgrading roads, and preventing potholes. […]

EMERGENCY services were called to help a “high risk” woman on a cliff edge to the east of Charmouth on Monday, October 29. […]