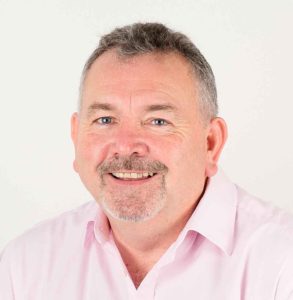 DORSET Police and Crime Commissioner (PCC) Martyn Underhill has lent his support to a new national campaign calling for an urgent review into the UK’s assisted dying laws.

The campaign by Dignity in Dying, Compassion is Not a Crime, is also backed by Ann Whaley, Mavis Eccleston and others who have been criminalised by current laws.

Ann, 77, from Buckinghamshire, was investigated by police after an anonymous call alerted social services of her plan to accompany her terminally ill husband Geoffrey, 80, to Dignitas in February 2019.

Mavis, 80, from Staffordshire, was charged with the murder and manslaughter of her husband Dennis, 81, after he ended his own life at home in February 2018 while dying of bowel cancer.

Mavis, who had attempted to overdose at the same time, was resuscitated and later charged. A jury unanimously found her not guilty on both counts following a trial at Stafford Crown Court in September 2019.

The new campaign calls on the Justice Secretary Robert Buckland to launch an inquiry into functioning and impact of the current legislation.

Former Justice Secretary David Gauke expressed support for a call for evidence on assisted dying laws last year. This was backed by cross-party MPs in a Commons debate in July, during Justice Questions in October and in a joint letter later that month.

In October, Mr Underhill (pictured) was among 18 Police and Crime Commissioners who wrote to the current Justice Secretary to express their concerns regarding current laws. This was led by the former Police and Crime Commissioner for Durham, Ron Hogg, who used his final months to call for reform on assisted dying before his death from motor neurone disease in December 2019.

Mr Underhill commented: “It is deeply concerning that our assisted dying laws may be doing more harm than good. Banning the practice merely drives it underground or overseas; it creates a two-tier system where only those who are wealthy enough to go to Switzerland can avail themselves of this option; and there is a scattergun approach to enforcing the law, where there is either no scrutiny at all or families are forced to endure intrusive investigations at great cost to the public purse.

“Ron was sadly unable to live to see the change he so desperately wanted, but his powerful words live on. I hope the Justice Secretary will honour his commitment to meet with me in Ron’s place and give law-enforcers the opportunity to offer our valuable insight. It’s time to investigate our broken laws, not innocent families.”

There were four recorded crimes of ‘aiding and abetting a suicide’ in the area served by Dorset constabulary between April 6 2012 and July 30 2019, according to a Freedom of Information request by Dignity in Dying.

Sarah Wootton, chief executive of Dignity in Dying, said: “Compassion should not be a crime, but under the UK’s blanket ban on assisted dying, it is. Not only are dying people denied the right to die on their own terms, forcing them to resort to drastic measures at home and abroad, but their family members are then criminalised for acts of love.

“An inquiry would enable the views of those most affected to be heard – terminally ill people, their loved ones, the police and other public services. We call on the Justice Secretary Robert Buckland to launch a call for evidence as a matter of urgency.

“Our outdated assisted dying laws deserve to be scrutinised, not dying people or their loving families.”

Three reports of missing people in less than 24 hours

EMERGENCY services were called out to three separate reports of missing people in the area within 24 hours.
[…]

A MAN and two women were arrested at Monmouth Beach in Lyme Regis this afternoon (Monday) after two children were found locked in a car. […]