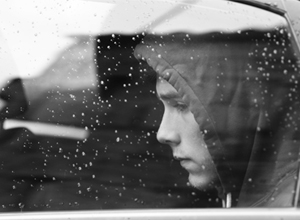 YOUNGSTERS involved in county lines drug dealing caught in Dorset are being returned to their home area with the utmost care to avoid them coming to harm.

County lines is the term used to describe urban gangs supplying drugs to other parts of the UK using dedicated mobile phone lines.

The gangs are likely to exploit children and vulnerable adults in order to move and store drugs and money. To do this they will often use coercion, intimidation, violence and weapons.

Dorset councillors recently heard that to return vulnerable young people without appropriate measures in place could put them at risk of repercussions, often violent, from the gangs which sent them.

They were told there has been a serious case review involving a child caught in the Bournemouth area for drug dealing, who was later killed in London, although his Dorset connection was not proven to be directly related to his death.

The Dorset Council People and Health Scrutiny Committee heard that if a child, some as young as 14, had been sent to Dorset with a cache of drugs and a weapon, and then returned without the drugs, or money from the sale, they could be at significant risk of violence or further exploitation.

Committee members were told that protocols were in place, working with other social services departments, police and youth justice workers, to ensure that the risks of those being returned to other areas were minimised.

The comments were made during a debate on the Dorset annual Youth Justice service report, which showed a reduction locally in the number of young people entering the criminal justice system.

The annual report outlined a reduction across all of Dorset in 10-17 year olds entering the justice system, with figures now standing at 251 per 100,000 population, compared to 344 the year before.

The meeting heard that evidence suggests there has been a further decline since the last national figures were collated.

The meeting also heard that there has been no Dorset young people receiving a custodial sentence from the courts in the year to March 2021.

Youth Justice service manager David Webb said that his team had shifted the focus of their work with children at risk to intervene before they got to the stage of coming to the attention of the police.

He said the service is also undertaking more restorative justice work where offenders make reparations to the victims of their crimes without going to court, or getting a criminal record provided they agree to the negotiated agreement.

Mr Webb said that the majority of youngsters which came into contact with the service had speech and language needs and many had suffered trauma in their earlier lives which had affected their development.

He told the committee that staff were increasingly aware of that link putting more of a emphasis on it in the department’s work.

The High Sheriff of Dorset, George Streatfeild, recently had a short film produced to highlight the dangers of county lines drug gangs to young people.

You can watch the film below (please be aware this video contains strong language and some viewers may find it distressing).

You can also find out more about county lines and how to spot warning signs at www.dorset.police.uk/help-advice-crime-prevention/safety-in-your-community/county-lines/

LEISURE users of Weymouth, Lyme Regis and West Bay harbours are likely to be paying 3% extra in fees next year, although some visitors will pay more. […]

A NEW coastal partnership has been established between Dorset Council and Bournemouth, Christchurch & Poole (BCP) Council. […]

Gritters on standby across Dorset as colder weather sets in

WITH the cold weather now setting in, Dorset Highways has made preparations to once again help the public keep moving this winter, with its gritting crews now on-call. […]