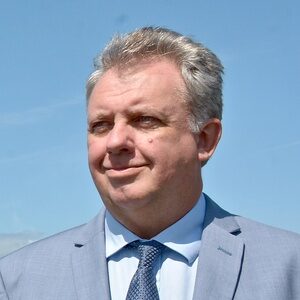 DORSET’S newly-elected Police and Crime Commissioner (PCC), David Sidwick, has outlined his priorities, saying he wants to make the county the safety in the UK.

Conservative Mr Sidwick was elected earlier this month, taking over from independent Martyn Underhill, who chose not to stand for re-elected after nine years in the role.

Addressing the residents of Dorset, Mr Sidwick said: “I am humbled and grateful to the people of Dorset for electing me as their Police and Crime Commissioner.

“I’ve lived in this county all my life, my children were brought up here and my family goes back generations.

“It’s also an honour for me to work with Dorset Police, which I know is a great organisation full of dedicated, hard working people.

Safest county in the UK

“Many of you will already have heard about my vision, which is to make Dorset the safest county in the UK.

“I know this is a place we can get to. Over the next few weeks I will be working on a new Police and Crime Plan for Dorset, which will be the roadmap setting out how we can get there.

“The plan will be at the heart of all activity carried out by Dorset Police, as well as my own office, over the next three years.

“It will have a major impact on how we make our communities safer, so later in the summer I will be asking the people of Dorset about what matters to you and what you think should be included in the plan.

“Please, watch this space for more information about how you can make a contribution and have your voice heard.

“But first, let me tell you more about some of my own priorities – and what I want to focus on to make Dorset safer.

“Number one on my list is for the police to robustly focus on cutting crime, from the violent crime – which is thankfully rarer here than in our big cities – to the constant grind of anti social behaviour which blights communities and makes people’s lives miserable. I want people to see a clear difference and to feel safer.

“I also want to bring back community focused policing to the streets of Dorset. We should increase the number of officers across our neighbourhood teams and make them far more visible, so they play a role in preventing crimes against individuals and businesses.

“Members of our communities should know who their local officers are and should be able to contact them easily when needed.

“We need to fight organised crime, particularly the county lines drugs gangs who have brought violence into some of our towns, but we also need to tackle hidden problems such as domestic abuse, child abuse, hate crime, modern slavery and cyber crime.

“Dorset is a proudly rural county, and so we need to deal with those crimes which have a terrible impact on our farmers and people who live in small isolated villages, but which often take place away from the media spotlight.

“I want to significantly increase the rural crime team and their capabilities, and I want to develop specific strategies to tackle problems affecting our rural communities such as burglary, anti social behaviour and farm theft.

“But above all, we’ll put victims and communities at the heart of everything we do, because it is for these people that we need to bring about change.

“We need to support all our victims, particularly older and more vulnerable people, but we also need to help build up strong and resourceful communities.

“There’s also a huge resource of talented and passionate volunteers across our county – from Neighbourhood Watch and Community Speedwatch teams to our inspirational Police Cadets – and we need to do more to tap into that.

“Finally, we need to make sure every penny counts when it comes to police funding.

“This is your money, which you pay through your council tax year in year out. We need to make sure we properly resource the front line and reduce unnecessary expenses so police teams can spend more time engaging with our communities, gathering intelligence and making people feel safer.

“And if we get all that right, we’ll make our police crime fighters again, and Dorset will be well on the way to becoming the safest county in the UK.”

DORSET Police’s Chief Constable James Vaughan has announced plans to retire from policing in the autumn of 2021. […]

THE former Home Secretary turned best-selling author, Alan Johnson, will be divulging snippets of his life and the music that echoed throughout to create melodic markers of time in the politician’s childhood and adolescence. […]

POLICE are appealing for information from the public to help locate a man wanted in connection with a burglary in Lyme Regis. […]