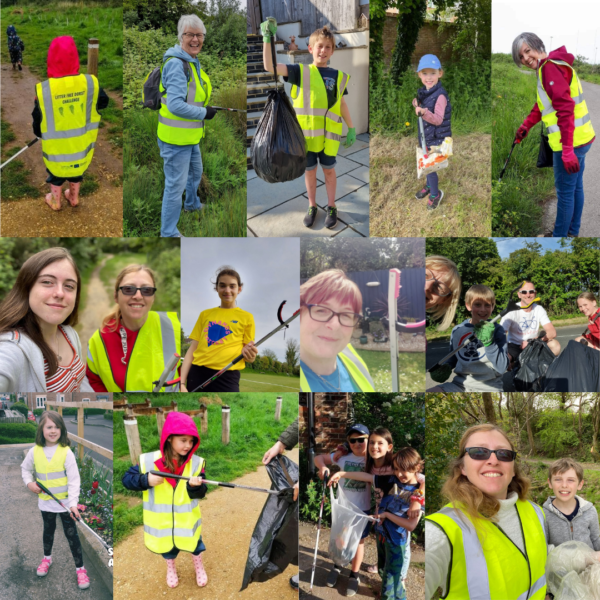 A joint project run by Litter Free Dorset and Preventing Plastic Pollution project, the challenge saw individuals across the county encouraged to get outdoors, have some fun and litter pick their local areas at times that suited them over the course of the month.

Challengers were invited to pick a challenge of their choosing to take on over the month and could also fundraise for Litter Free Dorset to contribute towards enabling the challenge to run again in 2023.

In return, participants received free litter picking equipment to use throughout their challenge and into the future.

“It’s been fantastic to see everyone’s updates in the Litter Free Dorset Challenge Facebook group and the community support given for everyone involved.

“We hope the participants have all been inspired to continue their litter picking activities into the future.

“A big shout out to one young litter picker who fundraised £105 towards the next LFD Challenge as part of their challenge.”

Based on analysis of the survey data, an estimated 34,000 pieces of litter weighing 1,200kg (the equivalent weight of a giraffe) were removed from Dorset’s streets, green spaces and beaches as part of the challenge.

More than 70% of the litter comprised plastic, which is consistent with data collected across the Preventing Plastic Pollution project.

The most common type of litter identified were cigarette butts and plastic wrappers used for sweets, crisps and snacks.

Making up the top five, were drinks cans and bottles plus unidentifiable plastic pieces, highlighting the issue that plastics break down into smaller fragments when exposed to the elements.

“We were thrilled to see so much enthusiasm from the younger generation, with over half (54%) of all participants registered being under 16, or parents completing the challenge with their children.

“Extra special thanks to the litter hero that recorded litter surveys for all 31 days of May.”

This Litter Free Dorset Challenge initiative is supported by Queen Mary University of London and co-financed by the Interreg France (Channel) England programme through the Preventing Plastic Pollution project.

For more information about Litter Free Dorset, head to their website www.litterfreedorset.co.uk

PLANS for the final phase of the coastal protection works in Lyme Regis are expected to go on display in June. […]

Natural England teams to move under one roof

TEAMS from Natural England are coming together from across Dorset to form a new hub at County Hall in Dorchester. […]

Helping to make our planet a better place

A FEW weeks ago I pledged that LymeOnline would be doing its bit for the environment and the fight against climate change. And today we launch the first of our eco-friendly initiatives with the new, monthly ‘Green Page’ in our printed issue. […]