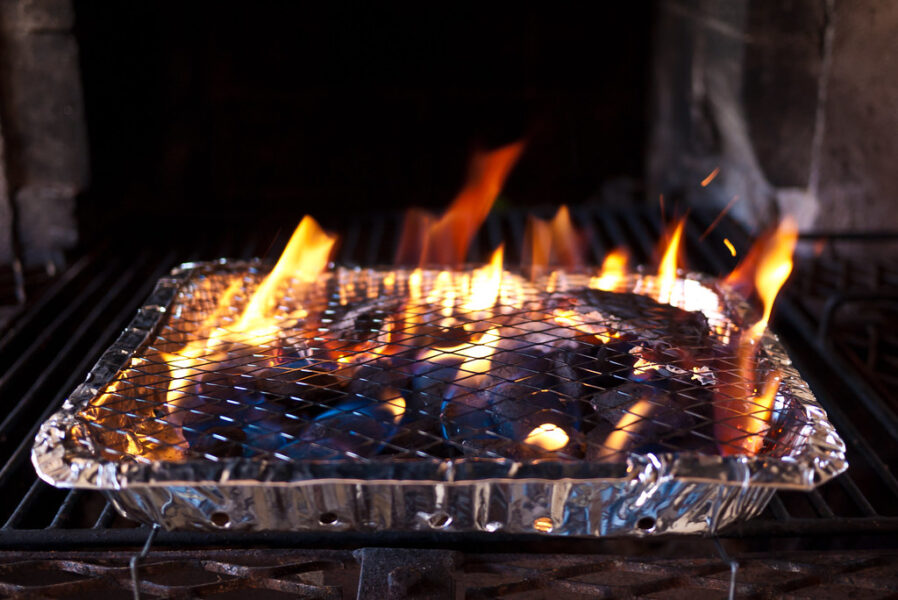 LEGAL controls on disposable barbecues in Dorset are unlikely to be in place for this holiday season and, until new rules are in force, the county will rely on educating people about the risk they pose.

More than 70 fires are thought to have been caused by disposable barbecues last year, including a huge blaze at Wareham Forest tackled by 200 fire fighters over ten days.

New Public Space Protection Orders which would restrict their use in certain areas are now being considered by Dorset Council.

Weymouth councillor Kate Wheller has called for controls to be brought in to stop them being used on beaches, although was told that a ban would be difficult to enforce.

She said there had been cases of fires sparked by disposable barbecues in beach areas, which had destroyed litter bins, including those at Castle Cove, and of injuries caused by the barbecues being buried in the sand, including cuts to feet.

“I fully support the aspiration but I’m very disappointed we are not moving more quickly on this,” she recently told a council Cabinet meeting.

Lulworth councillor Laura Miller said she would also back action which would reduce the harm caused by disposable barbecues on beaches, both to people and the environment.

She said she understood the difficulties of getting the legislation in place but said the council must lead by example, acknowledging that there are problems in tackling the issue on private land and beaches.

“It’s about everyone being responsible… we need to be leading the way,” she said.

Portfolio holder for the issue, Cllr Jill Haynes, said the council was stuck with a three-month consultation period before the process of setting up the public protection orders could even begin. Typically they take 18 months to come into force.

She said the council needed to concentrate this year on persuading people how unacceptable it was to use the barbecues and the need to dispose of them in a safe way with county-wide legislation likely to follow next year.

The council’s proposals for 2022 recommends a ban on disposable barbecues in areas which are a high fire risk, such as forests, grasslands and protected heathland, limited to sites the council owns or controls.

It will include country parks at Moors Valley, Avon Heath, Durlston and Thorncombe Woods near Dorchester as well as other smaller areas thought to be at high risk.

The policy, if finally approved, will also include a ban in releasing sky lanterns on council-owned sites and lighting camp fires.

Dorset Council’s portfolio holder for environment, Cllr Ray Bryan, said the disposable barbecues were a threat to the environment, residents and wildlife and caused unnecessary work for fire fighters, the police and vets’ who try to save the life of injured animals.

He said that a stakeholders meeting last week had been positive and three major supermarkets had agreed to improve their publicity about the use and safe disposal of barbecues.

The council is also to explore setting up fixed, communal, gas or electric barbecue sites at Moors Valley country park in consultation with Forestry England.

The new county-wide Public Spaces Protection Orders (PSPO), which the council may introduce next year, will be designed to replace existing orders which are already in place for Weymouth and Portland and parts of West Dorset, and mainly deal with anti-social behaviour, such as drinking or taking drugs in public.

Existing orders will now continue being in force until next year, although they do not specifically deal with barbecue use.

A council report says that breaching a PSPO is a criminal offence punished with a Fixed Penalty Notice of £100 or prosecution in the Magistrates Court. Persistent offenders may receive a Criminal Behaviour Order (CBO) if found guilty verdict in court.

The report says their limitations are that they are not intended to tackle problems caused by young people with a fixed penalty notice not allowed to be issued to people under the age of 18.

DORSET police is willing to go ‘go green’ where it can, but is being hampered by budget constraints. […]

WITH the change is season, dogs are now allowed on on Lyme Regis’ main beach again – but must be kept on leads.  […]

AS part of the ‘Love Your Verge’ campaign, Dorset Council has published a series of videos to explain its approach to roadside management in Dorset. […]