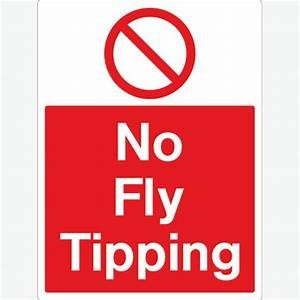 WITH household recycling centres currently closed due to the coronavirus pandemic, Dorset Council is asking people to help them in the fight against fly-tipping.

Trips to a household recycling centre are not listed under central government reasons for essential travel, so the council has had to temporarily close them. Opening them for any amount of time would contravene public health advice that the council is obligated to comply with.

Dorset Council is now requesting that any waste that would usually need to be taken to a tip should just be kept to one side until they reopen, as cases of fly-tipping are expected to increase.

Early figures from late March and early April have not shown a significant year-on-year increase, but officers are hesitant to read too much into this data as reporting is likely to be impacted by fewer people travelling around the county and spotting fly-tips as they isolate at home.

To help the fight against fly-tipping, the Dorset’s waste service enforcement team, which is continuing to operate at this time, has asked for residents to note the following:

Cllr Tony Alford, Dorset Council’s portfolio holder for Customer, Community and Regulatory Services, said: “Now more than ever, we need people to keep us informed when they spot fly-tips. We want residents to help us by keeping their waste to one side until things get back to normal, and to check who they’re handing their waste to.

“We know the temporary closure of household recycling centres (HRCs) is likely to cause a rise in fly-tipping, so we’re keeping a close eye on the situation, reviewing central government guidance and planning every day so we can re-open the HRCs at the earliest opportunity.

“But there are no excuses for fly-tipping. It’s unsightly and damaging to the environment. We all have a part to play in stopping this anti-social behaviour and by working together I know we can make a positive impact.

“It’s also worth noting that Dorset Police are still out on the roads at this time checking where people are travelling to and may have some questions if they look in a vehicle and find waste that would typically be dropped at an HRC.”

Dorset residents can find out more by visiting the council’s ‘Tip Off’ webpage. Fly-tipping incidents can be reported online or by calling 01305 221040.

Carbon offsets – I should cocoa

APPARENTLY £30 buys a carbon offset for a long flight. That’s great! Aviation is a major cause of climate change, so a cheap way to negate the damage seems just the ticket… or is it? […]

A little levity is what we all need

WHEN all this is over – and it will be over – I wonder what we will remember most about these distressing days? […]

THERE have been fourteen more cases of coronavirus confirmed in Dorset over the past 24 hours, bringing the total to 84.  […]