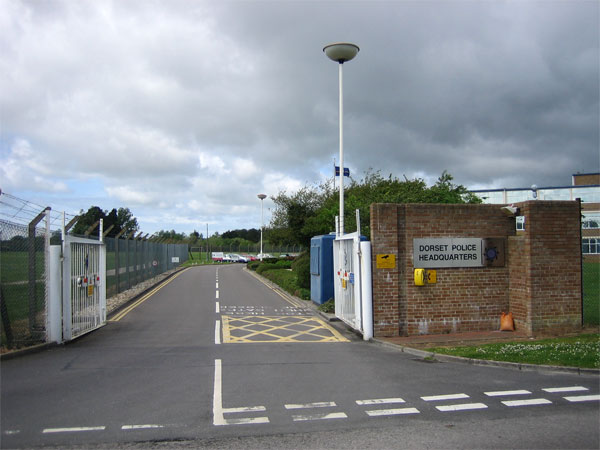 DORSET Police may be stuck with its ‘bomb proof’ Winfrith headquarters for some time – even though the building is costly to run and maintain.

The HQ is currently costing £500,000 a year,  according to figures produced at a recent meeting of Dorset’s Police and Crime Panel.

Police and Crime Commissioner (PCC) Martyn Underhill said that, because the building was put up during the Cold War, it was designed to withstand a bomb blastm which makes changes and alterations difficult and costly.

He said that almost the only alternative, if the police wanted to stay on the site, was to knock the main building down and start again, or live with it and build an extension.

Consultants are currently working with the force assessing what the future building needs might be and what, if anything, can be disposed of, and how best to move forward in a changing world.

Mr Underhill said there is no doubt that, in many ways, the main Winfrith building is no longer fit for a modern police force, although he believes it is unlikely that there will be a move away from the headquarters.

Some former HQ functions, such as training, are already located elsewhere.

The force had been in talks with Dorset Council about sharing its offices in South Walks, Dorchester, but a statement from both authorities says that will not proceed.

Said Deputy Chief Constable Scott Chilton: “The Dorset Police estate remains under review. The Office of the PCC and Dorset Police constantly assess the Force’s estate based on the operational needs to deliver the best possible service to the public.

“This requirement is balanced against the constant financial challenges faced and the modernisation of some ageing buildings, including the Headquarters at Winfrith, which require investment.”

Many Dorset Police buildings no longer have the facilities, even prior to the pandemic, to have the public visit, including Dorchester Police Station.

Custody facilities are now only in operation in Bournemouth and Weymouth, often resulting in long transfer journeys after an arrest.

While most Dorset market towns still have a police station, even though they are largely old buildings, Weymouth still has two with the future of the one in Dorchester Road having being questioned over a number of years.

RESIDENTS of Uplyme and neighbouring areas are invited to find out more about the proposed air ambulance night landing site in the village, at an information event on Wednesday, April 3. […]

LOCAL organisation Lyme Heartbeat, in association with the South Western Ambulance Service NHS Foundation Trust, is providing a free defibrillator awareness and training session designed for anyone living or working within the local community. […]

THE latest crime figures released by police show there were 31 crimes in the Lyme Regis, Charmouth and Uplyme area during November 2020.  […]

Lyme Regis traders have made complaints about the harbour dredging and beach re-profiling works, which have clashed with easter holidays and the reopening of many businesses #lymeonline #lymeregis #dorset https://t.co/bfw1WjDpwi
View on Twitter
0
0

Here's this week's video news bulletin from LymeOnline, bringing you up to speed with all the top stories from Lyme Regis! #lymeonline #lymeregis #dorset https://t.co/QaP4HwtoMK
View on Twitter
0
1

Here's today's digital edition of the LymeOnline newspaper - flick through the pages on screen via our website to catch up with all of this week's Lyme Regis news! #lymeonline #lymeregis #dorset https://t.co/RtJZKYLfBm
View on Twitter
1
0