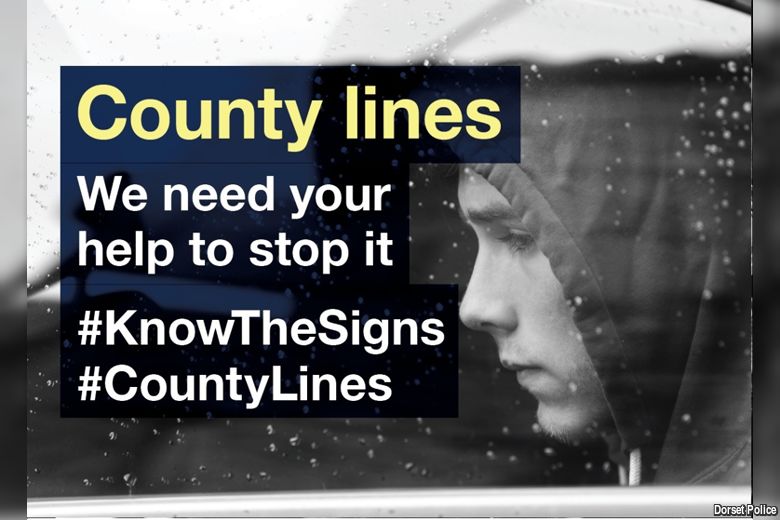 DORSET Police has recently completed a week of intense activity focusing on tackling and disrupting county lines drug dealing operations across the county.

County lines is the name given to a method of dealing drugs by organised crime gangs by using a dedicated branded mobile phone line.

The gangs exploit vulnerable people – including children – by making them deal drugs or by moving into their home and using it base to sell drugs. This is called cuckooing.

The police operation resulted in 14 arrests being made and £7,100 in cash seized from suspected dealers.

In addition to cash and drugs, stolen bikes valued at £12,000 were also recovered.

Aside from the enforcement activity against suspected drug gangs, safeguarding people vulnerable to exploitation was also a key focus for the week.

In total, 30 safe and well checks were conducted across the county to protect vulnerable people from exploitation by gangs.

Sometimes drug dealers set up shop in the home of a vulnerable person; a process called cuckooing. Safe and well checks ensure vulnerable people are not being exploited in this way.

Dorset Police county lines lead, Detective Superintendent Andy Dilworth, said: “The disruption of county lines is a priority for us due to the harm criminal gangs cause through the exploitation of vulnerable people.

“I am delighted with the success we have had during this week; our streets are safer as a direct result of the disruption activity we have carried out.

“However, this work did not take place in isolation.

“Although these results followed an intensification week focusing specifically on county lines, we are working on tackling this threat every week of the year to safeguard our communities against organised drug crime.”

Police and Crime Commissioner David Sidwick said: “I want to praise the hard work of the officers who carried out these arrests, but I’d also like to reassure residents that countering the threat posed to our communities by county lines gangs is an ongoing effort and will be one of my main priorities as PCC.

“Not only do these gangs bring all the harms associated with drug use to our small towns, they also prey on children and vulnerable adults through the destructive practice known as ‘cuckooing’.

“I am intent on working very closely with Dorset Police, as well as a wide range of partners including both our local authorities, to make sure these gangs find it as difficult as possible to operate anywhere in our county.

“I want them to understand that Dorset is not a good place to ply their toxic trade.”

If you think someone is being exploited by county lines gangs, please contact us using our non-emergency channels.

Alternatively, you can call Crimestoppers, 100 per cent anonymously, on 0800 555 111. Further information on county lines can be found on our website: www.dorset.police.uk/countylines

A VIRTUAL meeting of management volunteers who run the lifeboat station in Lyme Regis came to an abrupt end last night when their pagers sounded and the crew launched to answer an emergency shout. […]

LYME Regis lifeboat launched on the afternoon of Thursday, October 10 to a report of a boat drifting with three children aboard. […]