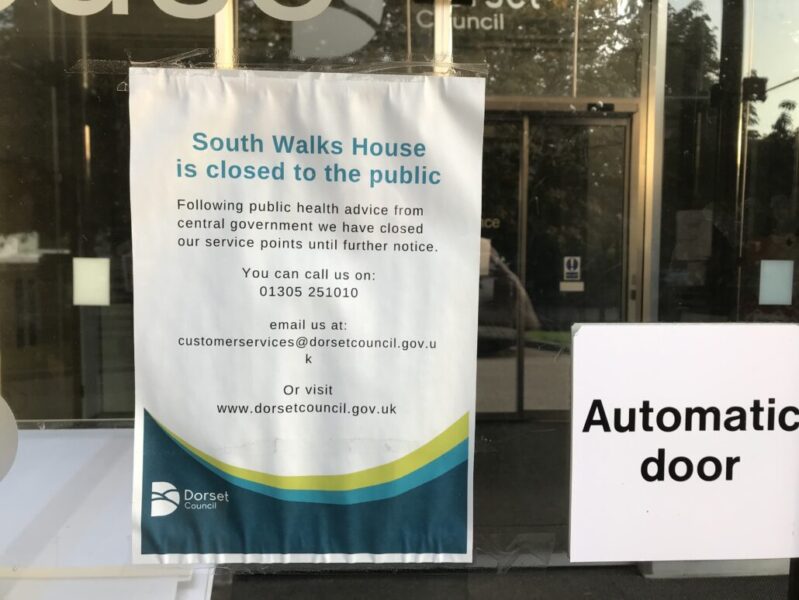 WHATEVER Prime Minister Boris Johnson announces today as part of his ‘roadmap’ out of lockdown, the majority of Dorset Council staff will not return to offices until at least the end of June.

It was previously reported that council staff would not be returning until April, but the latest wave of the pandemic has changed this situation.

Council chief executive Matt Prosser said the majority of the council’s 2,500 office-based staff were continuing to work from home in line with government guidance

“Under COVID-secure guidelines, we can have approximately 600 employees working from an office for some or all of their working week,” he said.

“The number of people working from an office varies from day-to-day and is certainly lower during lockdown.

“Employees will not be substantially returning to our offices before the end of June. With the current lockdown still in place and the government’s restrictions on office spaces likely to remain in place while the vaccine is rolled out, this felt like the right decision.

“We want to minimise the risk of spreading COVID-19 and make sure we can continue to provide vital services to our residents.

“We’ll review this in line with any announcements made by the government, as we have done throughout the pandemic.”

Councillors themselves are also looking ahead to returning to the council chamber, with hopes that they may be able to resume face-to-face meetings sometime this year.

Dorset Council leader Cllr Spencer Flowers said there was now light at the end of the tunnel with vaccinations providing “the big ticket item which will get us back to normality”.

“This has been a stunning success and I believe it will continue to be… it includes getting back into the council chamber and getting life back to normal,” he told a full council meeting.

The council leader said a residents’ survey had shown that they believed Dorset Council had been performing well during the crisis.

He said 90 per cent who took part in the survey said they were satisfied with the local area as a place to live and 72 per cent were happy with the actions of Dorset Council, up from 61 per cent last year.

He said the third item he had selected from the survey was the finding that 75 per cent of residents believed that the council kept them well informed, up from 58 per cent the previous year.

“You can always pick on issues we might have done a bit better on, but overall I think we have done a magnificent job in keeping our residents well informed, particularly during the pandemic we have been suffering from for coming up to a year now,” he said.

For details on upcoming virtual meetings and how to join them, visit www.dorsetcouncil.gov.uk/councillors-committees-elections/committees/virtual-committee-meetings.aspx

THE new Shadow Dorset Council has elected Councillor Rebecca Knox as its leader. […]

THE Perry Street League has postponed all fixtures today (Saturday) because of the coronavirus epidemic. This means that Lyme Rovers’ Division Two home game against Winsham Reserves is off. The Devon & Exeter League programme […]

WEST Dorset MP Chris Loder has personally thanked Lyme Regis residents who volunteered to help others during the coronavirus pandemic.  […]