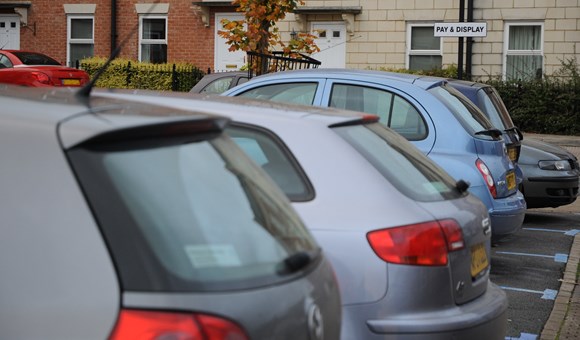 CHANGES to parking tariffs throughout Dorset will see some winners and some losers – according to the senior councillor leading the project.

Overall many people, including visitors to the county, are likely to find themselves paying more – although a slimmed down permit system might help some local people as 70 existing permits are scrapped to be replaced by just two.

Portfolio holder Cllr Ray Bryan says no date has yet been set for the changes and no firm decisions made, although it is likely that the new rates will be introduced in the New Year.

He said the council is determined to have the same rules in place across the county, doing away with the previous charging structures from the predecessor six councils.

He commented: “It currently varies greatly. It’s very confusing for residents and for visitors… in some places you can park for free all day, in others it costs £9.”

As the proposals stand some places will see bigger increases than others; for example, in Wimborne residents are complaining that their current £80 a year pass will go up, for most, to £260 a year; while Verwood residents will see car parking charges introduced for the first time.

Shaftesbury is unhappy that it has been included in a higher tariff band than neighbouring Gillingham.

Several councillors have warned that if the charges are pushed too high people will try and park for free in side streets, adding to congestion for residents.

This is one of the concerns in Lyme Regis, where all-day charges in Dorset Council owned car parks are set to increase to £10, having already been hiked from just £2 to £8 this year.

But Cllr Bryan says if parking in residential streets becomes a problem, Dorset Council will be quick to react and introduce parking restrictions to stop it.

He says a further phase of the parking review is likely to look at finding allocated spaces for motorhomes and camper vans where they can, legally, stay overnight and to find more space for lorry parking.

He said the council might also look for suitable sites for multi-storey parking and other ways of boosting revenue from its parking areas. It will also look at smartening up some car parks, including adding lights to those which are poorly lit.

Cllr Bryan says any extra income will be used to help the £60million annual highways budget, only £3million of which comes from local council taxpayers.

Tourist car parks will be charged at the highest rate of £10 for ten hours in the high season, £6 maximum in the low season and will cover Weymouth’s car parks nearest the beaches, Corfe Castle, Lyme Regis, some Portland car parks, Lyme Regis and West Bay.

The next tier down has low and high season rates and will be charged at a maximum of £6 for 10 hours, £3.50 for four hours. These include Dorchester, Blandford, Bridport, Shaftesbury, Sherborne, Wareham, Weymouth (non beach) and Wimborne.

A range of new charges are also proposed for on-street parking, controlled by the council, at a maximum of £8 in some areas, £12 in others, with an additional charge of £2 and £4 for overnight parking.

Residents’ parking permits to remain valid for another year

CONCESSIONARY parking permits for Lyme Regis residents will be rolled over for another year. […]

DORSET Council wants to give some clarity after changes to its car parking charges were announced – and says there are no plans to reconsider the decision. […]