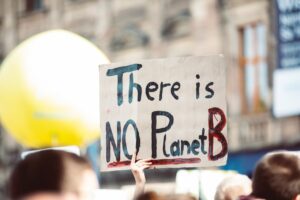 A LIBERAL Democrat motion to put £100,000 in next year’s Dorset Council budget for climate change measures has been labelled “grandstanding”.

The accusation came from Weymouth Conservative councillor Louie O’Leary, who voted against the council’s climate change commitments a year ago.

“This is just grandstanding,” he said, “what we have is a tax emergency.

“We’re the second highest council tax area in the country and here we are being asked to spend an extra £100,000 on the climate emergency.”

Cllr Beryl Ezzard said Dorset Council had proposed the extra money claiming there was nothing specific in the budget for climate change actions in the coming financial year, unlike some of its neighbouring authorities.

“£100,000 at the very least, should be a priority for this council; although we face many difficulties and trials currently, we need to focus on the objective of being carbon neutral by 2030 not by 2040,” she said.

She suggested that money could be taken from the £90,000 set aside for pay increases to ‘lead councillors’, and to use £25,000 of unallocated cash from the tourism budget.

Said Cllr Louis O’Leary: “While I do enjoy watching the opposition parties out-greening each other at every meeting, I do get really fed up to keep hearing about giving money to this, and this, and this.

“I think the real problem facing our council, which residents will agree with, is we’re facing a tax emergency; a child services emergency; a demographics emergency, yet once again we have the same grandstanding – asking for more and more money for climate change.

“I’m afraid it’s about time we changed direction on this and it’s about time the opposition, instead of coming here with stupid proposals like this, would get on board with Cllr Bryan [climate change brief holder] a bit more.

“I’m really concerned that we’re about to put up council tax again and other members are pulling this socialist attitude that we can just thrown money at a problem.

“Tomorrow I will go down and talk to residents who are suffering from the worst recession while we are putting council tax up again.”

Several Liberal Democrat councillors denied the move was anything other than to try to show a commitment to tackling climate change by providing a budget to be used for modest projects in the year ahead.

“Our chosen route is too seeking financial support from central government rather than ask our residents to fund our plans,” he said.

The council has already achieved £19million in grants to improve the fuel efficiency of its buildings and in other areas.

Cllr Bryan said that, despite there being no specific line for climate change in next year’s budget, it was included within various departments with both officer and councillor time.

Cllr Ezzard’s amendment was lost 18 to 49 with 12 abstentions.

THE band at the forefront of the 2021 sea shanty revival is setting sail for Lyme Regis as they prepare to perform at a brand new free entry festival, organised in partnership with the University of Exeter. […]