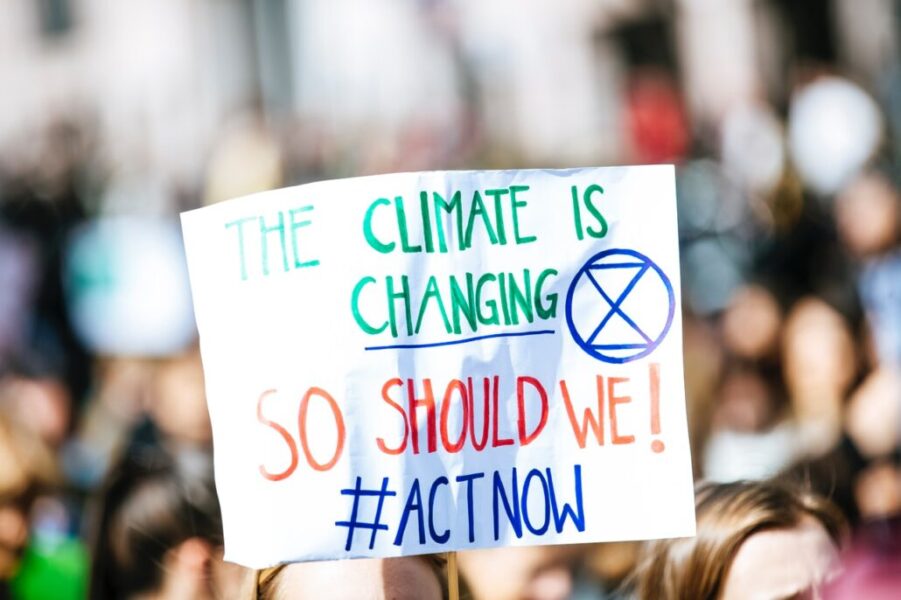 A DORSET Council meeting ended in chaos last week, as a resolution on climate change was interrupted by protestors who reportedly glued themselves to a table.

As cameras were switched off, the council chamber was cleared amid claims of “jostling” and “rough handling” between the protestors and councillors.

Members were moved to an adjoining committee room, but the debate was then cut short – some claiming it was not allowed to continue at all – with some councillors then walking out of the meeting in protest, describing it as “undemocratic” and “a complete farce”.

The order to clear the council chamber on Thursday evening followed reaction to a resolution from council leader Spencer Flower, asking the government to back legislation ensuring UK energy self-sufficiency, which opponents said could give free reign for fossil fuel extraction or nuclear power in Dorset.

Cllr Flower, seconded by Cllr Louie O’Leary, called for the council to “urge the government to introduce an energy policy with the principal objective of securing permanent UK energy self-sufficiency from as early a date as possible, utilising whatever forms of energy generation sourced from within the UK are necessary to this end”.

His resolution said that, in the short-term, the government should “introduce flexibilities when considering the need for national energy self-sufficiency”, adding: “This will recognise the serious, long-lasting national security implications of the instability that accompanies the present but unavoidable need to import energy, and which is also a principal driver in the cost of living crisis now facing this country.”

A motion from Green Party councillor Clare Sutton had earlier called for national legislation to be strengthened to allow councils to reject fossil fuel applications, but this was lost by 41 votes to 30.

Seconding Cllr Flower’s motion, Cllr O’Leary said he would welcome nuclear power, rather than be dictated to by Russian dictators, oligarchs, or Middle Eastern states. His comments were met with shouts from climate activists in the public gallery.

Cameras recording and streaming the meeting live were shortly afterwards cut off and council chairman Val Pothecary was heard to say “clear the chamber”.

‘A complete farce all round’

According to councillors at the County Hall meeting, they were then ushered into an adjoining room where it was made clear that Cllr Flower’s motion would be put to the vote, but there would be no further amendments or debate on the subject.

Some councillors then walked out in protest at not being able to reach a resolution under normal debating rules.

Cllr David Tooke said he was one of the councillors who walked out in protest at no debate being allowed.

“The chair said she had a list of councillors who wanted to speak but because of the disruption decided no debate was to be allowed.

“We still had 40 minutes of our normal three hours left. There was absolutely no reason for her to deny democratic debate.

“As I left, I went through the council chamber – largely deserted apart from the protestors and police.

“I spoke with the protesters and expressed huge disappointment with their action, which had resulted in many councillors who broadly supported their opposition to fossil fuels being silenced.

“A complete farce all round.”

Weymouth councillor Ryan Hope (Lib Dem) was another to leave the meeting after being told the item would not be deferred until the next full council meeting.

“I asked the leader, Cllr Spencer Flower, if he would consider withdrawing the motion until the next meeting but he refused – totally undemocratic,” he said.

He commented: “We were told that we would go straight to the vote, that the chair would take no speakers. Many, including me, were furious. At least one councillor walked out in disgust.

“In the event all Tories voted for the motion, most Lib Dems abstained, and we voted against. Not the finest day for democracy.”

Cllr Flower later expressed his disgust about the “totally unacceptable behaviour in the chamber by known members of Extinction Rebellion”.

“I believe in democracy and the right for all strands of opinion to be heard”, he said.

“We think of the murders of Jo Cox MP, and recently Sir David Amess MP. Our elected representatives will not be cowed by anarchists but we will be conscious of our safety and we will condemn those who threaten it and our democratic values that all parties and people of the UK hold dear.”

The two protesters – who say they were acting alone as ‘Grannies for the Future’ and not as Extinction Rebellion members – have since justified their actions.

Giovanna Lewis and Annie Webster glued themselves to a desk and read a statement berating Dorset Council for its lack of action on climate change.

They were reportedly “booed, heckled and even jostled by Conservative councillors”, before calm was restored with all 70-plus councillors being ushered out of the room, while cameras recording the meeting were switched off.

One of the protesters had a statement she was trying to read reportedly ripped from her hand, while the other said she was “rough handled” by a female Conservative councillor who had to be warned to step away.

Cllr Flower had explained that, with the reliance on Russian gas and oil, the UK needed to do what was necessary to become more self-sufficient. But the protestors said the opposite was needed – moving towards renewable power and more insulation, reducing the need for reliance on fossil fuels.

“People are not taking this seriously enough, including Dorset Council,” said Ms Lewis.

“Virtually all the world experts agree we have two or three years to take decisive action on climate, after that it will be too late.

“If they are serious about their climate and ecological emergency declaration, to pass Clare Sutton’s (Green Party) motion would have been an easy thing to do.”

The pair expect to now be interviewed by the police and possibly charged for their actions.

Dorset Council’s new ward member for Lyme Regis and Charmouth, Belinda Bawden was planning to make her maiden speech following a successful by-election win for the Green Party last week, but the disruption during the meeting meant she was unable to.

Cllr Bawden planned to opposed Cllr Flower’s proposal but no further debate was permitted after having to switch rooms.

However, she has since sent her planned statement to LymeOnline.

It read: “Last Thursday, people in Lyme Regis and Charmouth came out to ask for change and to ask for action.

“The science is clear. We have to reduce energy demand and keep fossil fuels in the ground.

“The Climate Change Committee’s sixth Carbon Budget calls for a 78% reduction towards Zero Carbon by 2035, yet the government’s Energy Security Strategy last week missed the opportunity to help us insulate our homes, keep warm and save energy, which would also have provided hundreds of jobs.

“So we will have to show leadership from the bottom up. Please listen to the scientific experts, globally and locally; listen to the first-time voters and the folk of all political persuasions who put their trust in me last week.

“Listen to those determined people with health and mobility restrictions who made the strenuous walk up ‘Cardiac Hill’ to the polling station, so they could put their cross against my name.

“Listen to Phoebe, who was so excited to cast her first ever vote for me as she had recently turned 18, and to Simon, a retired ecologist who struggled up ‘Cardiac Hill’ to give me his support.

“Above all, listen to the families who came in together last Thursday to vote for change, whose parents have been convinced by their children that we cannot continue to ignore the climate crisis. This really matters.

“We are all here because we have been trusted by our constituents to make the best choices for them, for their children, their grandchildren and for our blessed and beautiful county of Dorset.

The climate and ecological crises are much greater than all of us and certainly transcend party political boundaries and rhetoric. We have to work together to take brave decisions to protect all our futures.

“Dorset has wide networks of scientific, business and community experts with enthusiastic amateurs, willing to roll up their sleeves and work together for a better future. We are the stubborn optimists.

“The first step towards a cleaner, greener, fairer future for all of us is to reject any new fossil fuel exploration or extraction.”

LEADER of Dorset Council, Councillor Spencer Flower, has written to the Secretary of State for Education, Damian Hinds MP, asking for the government to take urgent action to address the national crisis around for funding for children and young people with special educational needs and disabilities (SEND). […]

LETTER: Why are we allowing plastic waste in the sea?

ON leaving the Cobb at 10am yesterday morning (Easter Saturday), I noticed that the two waste bins on the Cobb had not been emptied. […]

SECURITY will be tight for Thursday’s annual meeting of Dorset Council at County Hall, Dorchester. […]