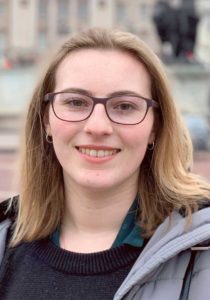 Mayor of Lyme Regis and the town’s youngest ever councillor, Kelsey Ellis, has resigned with a damning letter slamming councillors’ “childish behaviour” and “bullying tendencies”.

Miss Ellis, daughter of long-standing councillor Michaela Ellis, was elected to Lyme Regis Town Council in 2019 at the age of 19, making her the authority’s youngest ever member.

She was later elected chair of the Tourism, Community & Publicity Committee and, in May 2021, as deputy mayor, serving under mayor Brian Larcombe, and was tipped to take the record of the town’s youngest mayor in future years.

However, Miss Ellis has now resigned from the council, handing members and officers a damning letter at the end of this week’s marathon four-hour Tourism, Community & Publicity Committee meeting.

In it she called out councillors for their continued infighting, which has blighted the council’s reputation in recent months, and said she has been discriminated against because of her age.

Miss Ellis’ full letter of resignation read as follows: “I am writing to inform you that I am resigning from my position as Lyme Regis deputy mayor and town councillor effective September 29 2021. I would like to thank the council members and people of Lyme Regis that have been supportive of my position and my time within the council. However, I would like to put on record the following reasons for my decision.

“In the last year I have found it hard to continue sitting as a member of Lyme Regis Town Council; the behaviour of some members has left me feeling embarrassed and anxious to attend meetings.

“The constant bickering and childish point-scoring has tarred the reputation of this council, it has also led to aggressive emails being sent to myself and other councillors for voicing our opinions and this is unacceptable behaviour in what is supposed to be a democratic environment.

“It was my honest belief that after our members’ away day this behaviour would change. However, it has now become clear that, despite repeated requests to certain council members to let past decisions that have gone against them rest and move on, they have decided to repeatedly bring the past into council meetings, which has fostered an uncooperating atmosphere and borderline bullying tendencies.

“This has now led into making what is supposed to be a voice piece for the town of Lyme Regis into a dysfunctional council that cannot work as a team.

“When standing for deputy mayor I faced discrimination against my age, which left me feeling that my opinion was not worth voicing as it was unwanted by certain members of the council. These members of the current council made claims that I am too young and, due to working a full-time job, would be unable to fulfil the role of deputy mayor.

“However, since being deputy mayor I have not been included in any correspondence that is relevant to the role.

“The attitude toward my age from certain members of this council will discourage other young members of the community to stand for council, and could deter them from taking an interest in local politics. This is, in my opinion, the opposite of the message Lyme Regis Town Council should be sending to the young people of the town.

“I cannot in good consciousness continue to support and work in a council that does not share the same ideals that I have in professional conduct and equality. In my time on the council, I have witnessed a level of infighting and political pettiness that should not exist in a modern, democratic council.

“For the sake of my own mental health alongside a change in personal circumstances, I feel it is best for me to step down.”

Miss Ellis was one of two young councillors to be elected in 2019, with 20-year-old Leon Howe also winning a seat. He has since lost his position after not attending meetings for six months.

Miss Ellis is not the first councillor to raise issue with the current level of infighting seen in the council chamber.

The Mayor of Lyme Regis called for councillors to show respect for one another after a spate of bickering earlier this year; Cllr Belinda Bawden said she felt uncomfortable and intimidated at meetings and stopped attending for a short period; and most recently Cllr Cheryl Reynolds said she had been left so upset by a meeting between the town council and LymeForward that she had to seek medical advice.

It is expected that a by-election will be held to fill the vacant seat left by the resignation of Miss Ellis, as long and 10 or more electors call for one. If not, the vacancy will be filled by co-option.

Is the honeymoon over for our new council?

A FEW weeks ago in this column I wrote about the new spirit of friendliness and respect in the Guildhall under the headline ‘The happy council’, following the May elections. […]

LYME Regis Town Council may have to return to using ‘probable carcinogen’ glyphosate to tackle the increasing issue of Japanese knotweed around the town. […]