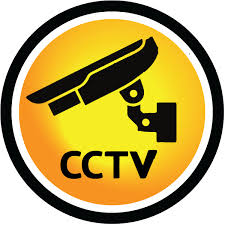 LYME Regis councillors have taken the first step towards establishing a comprehensive CCTV system in the town.

A CCTV system was installed on the Marine Parade with nine cameras in 2012 to cover the area around the Jubilee Pavilion, adjacent buildings and the upper concourse.

The town council also has a two-camera system operating outside their offices.

But councillors are now looking to extend the system to cover the seafront, Langmoor and Lister Gardens, Broad Street and the Town Mill area.

The project is one of the council’s objective for 20017/2018 with a £30,000 budget to provide better security for Lyme Regis businesses and residents.

But a report to the Town Management Committee yesterday revealed that the £30,000 budget would only cover one of the areas and to install a system for all areas would cost £120,000.

Following a meeting of the Town Management Committee in November last year when Automatic Number Plate Recognition (ANPR) was discussed, several CCTV consultants were approached and subsequently the CCTV Advisory Service were appointed.

A full site meeting was held in January and a report covering CCTV possibilities and feasibility was presented to Wednesday’s meeting.

In a report town clerk John Wright said the purpose of CCTV for the town needed to be established.

Pointing out that crime rates in Lyme were generally role, he said that a high definition camera would be required to identify individuals for court appearances.

Cllr Stan Williams pointed out that the council had perfectly adequate cameras outside the council offices and a couple of simple cameras on the seafront to start with would be ample in his view.

Cllr Stephen Miller drew attention to the recommended course of action by the consultants which laid out the steps they should follow to develop a programme and then go back to the council for further consultation. He considered this to be the best way forward for the council.

Cllr Jeff Scowen agreed there was a low crime rate in Lyme, adding: “What do we do? Do we wait for crime to happen or do we be proactive and use it as a deterrent? I think we should start the process of doing this in incremental stages.”

Cllr Richard Doney thought they were on the right lines but he suggested “taking a step back.”

“This is a classic example of proceeding to stage two before we do stage one,” he said. “The first question I want to ask is ‘what is the problem you are seeking to resolve?’ What are you actually trying to do? Are you trying to prevent crime or are you trying to detect crime? What do we hope to achieve doing this? There is no justification to plough on spending money before we have got that written down.”

Operations manger Matt Adamson-Drage said the consultant had said exact the same as Cllr Doney – ‘you tell me what you want and I will design you a system’.

The Mayor, Cllr Michaela Ellis, said the reason they wanted to do it was because having CCTV was one of the council’s objectives. She agreed with the suggestions made by Cllr Miller for the best way to proceed.

She said: “I don’t see the point of having a system that’s not high resolution and then we can’t use the information for a prosecution. If we went to the town on this they would want something like this.”

Cllr Brian Larcombe thought the incremental idea was “exactly right”. He said: “Let’s not be under any illusions here. We are not a city black spot. Has Bridport, a bigger town, got high visibility cameras all over it. Has Seaton? Has Sidmouth? I want this to be kept in context. There is no more deterrent in a high visibility camera than a low visibility camera because the person considering the crime, looking at it, does not know.

“I suggest we do it incrementally but we are mindful of the cost. At the same time we keep our feet on the ground.”

Cllr Scowen said he did not understand where Cllr Doney was coming from. “We need it as a deterrent and we need to prove the crime. I think we are already there. We know why we need it.”

Cllr Cheryl Reynolds commented: “A crime in a small place like Lyme is only different when it involves you. When it involves you, then it’s a completely different issue. When we say we don’t get much crime in Lyme why should we bother, we should be thinking abut the crimes that do happen and the people they are happening to. Crime is like everything else. It’s like a disease – you are only interested in it if its effects you.”

Cllr Reynolds added that she did not care what happened in Seaton or Sidmouth. She was only interested in Lyme.

The committee agreed to the recommended course of action by the consultants to create a CCTV operational requirement, as put forward by Cllr Miller, as the foundation for a new design. The matter will then go back to the council for further discussion.

Council to discuss moving to Three Cups in private

FIVE agenda items will be considered in private at this week’s Lyme Regis Town Council meeting, including a discussion on whether the council offices should be moved to the ground floor of the former Three Cups Hotel. […]

LYME Regis Town Council has upped its funding for the town bus service by £1,500, describing it as “essential” for many residents. […]