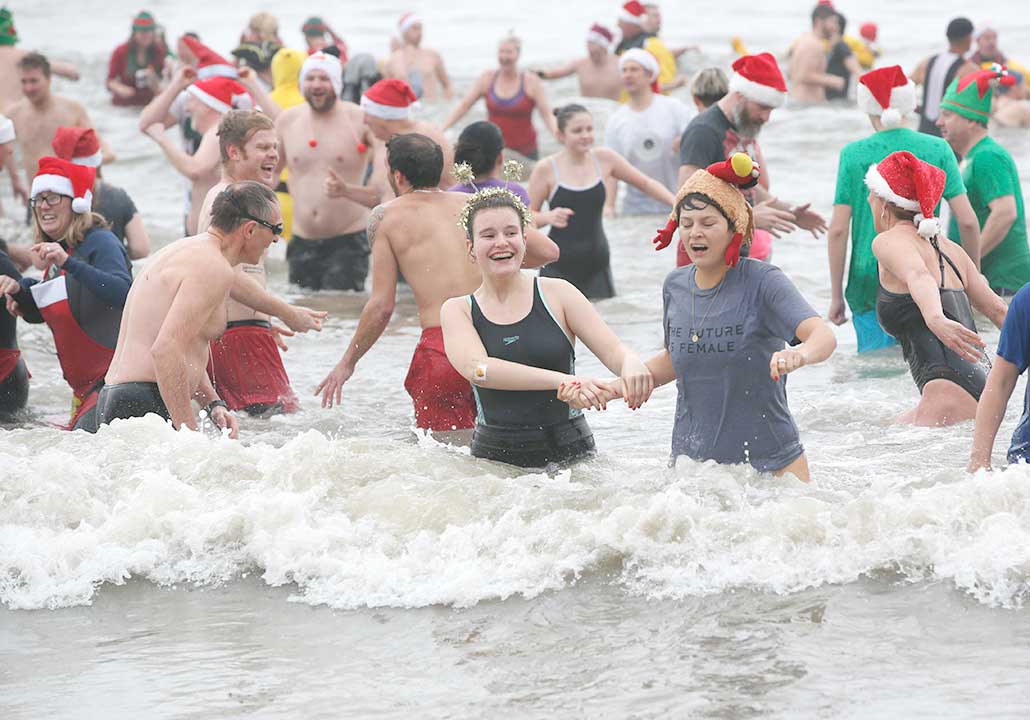 THE RNLI will not be fundraising at the usual Christmas Day Swim in Charmouth this year, due to the coronavirus pandemic.

The traditional Christmas Day dip has been held for more than 45 years in Charmouth and has only ever been called off due to dangerous sea conditions.

It usually attracts hundreds of swimmers in fancy dress and has raised thousands for the RNLI over the years.

“Throughout these difficult times the RNLI’s priorities have been the effective delivery of a life saving service and the welfare of our volunteer crew members. Sadly, this means our crew and fundraisers will not be supporting the Charmouth Christmas Day swim this year.

While both the Lifeboat Supporters Group and Rotary Club recognise that they cannot stop people from going into the sea on Christmas Day or New Year’s Day, swimmers do so at their own risk and should note that there will be no officials or lifeboat crew members on scene.

However, the Lifeboat Supporters Group added: “The crew does, of course, remain on stand-by for calls for assistance from anyone in difficulty at sea.

“So far this year the RNLI volunteers in Lyme Regis have answered 41 calls for help.”

COASTGUARDS and the lifeboat crew were called out last night (Sunday) to search for two walkers who went missing along the Undercliff path between Lyme Regis and Seaton. […]

Will you wear a mask when lockdown is eased?

THE big coronavirus debate starting to gain momentum is whether the government will – or indeed should – advise us to wear masks when out and about when the lockdown measures are eased. […]

WITH all meetings of Lyme Regis Town Council being suspended due to coronavirus, the Mayor, Councillor Brian Larcombe MBE, has agreed to answer questions that we will put to him on your behalf and we will then publish his responses. […]

Catch up with guest writer @Sophia_Moseley's busy life in her latest 'Working Lyme to 5' blog on the LymeOnline website #lymeonline #lymeregis #dorset https://t.co/Y5kn4I4G9Y
View on Twitter
0
2