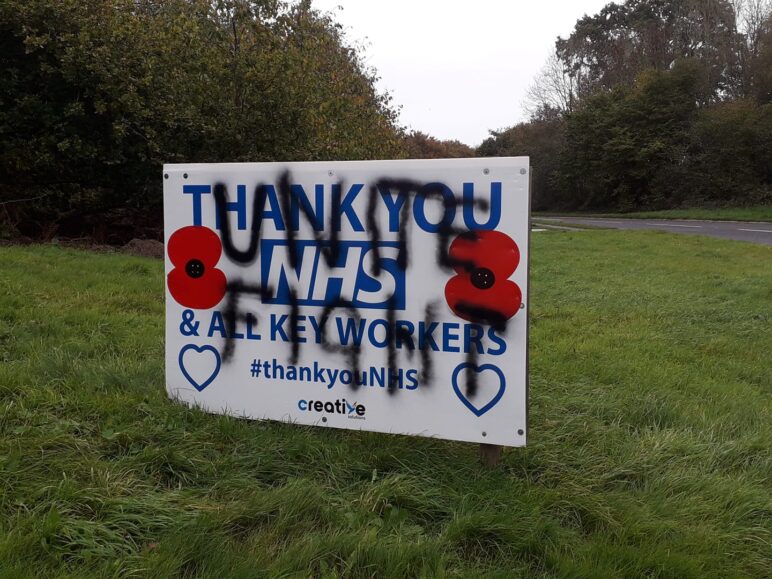 A SIGN just outside Charmouth, thanking NHS and key workers for their efforts during the coronavirus pandemic, was defaced over the weekend.

The sign was erected near the Charmouth roundabout towards the beginning of the first lockdown in March.

Following Prime Minister Boris Johnson’s speech on Saturday evening, announcing a second lockdown was to be enforced on Thursday, the sign was defaced with the words ‘Unite Fight’.

Two poppies had been added to the sign less than 24 hours earlier to mark Remembrance.

The sign was cleaned by Charmouth resident Steve Gillan on Sunday, although one of the poppies could not be salvaged and was removed.

The incident caused uproar on social media, with residents describing the graffiti as “utterly disgraceful” and showing “total disrespect” to both the NHS and those who served in the wars.

ST Michael’s Pre-School in Lyme Regis has been saved from immediate closure. […]