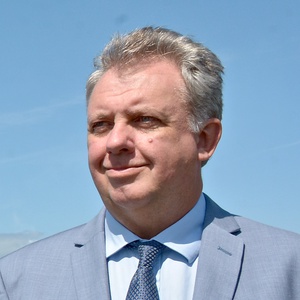 CONSERVATIVE candidate David Sidwick has been elected the new Police and Crime Commissioner (PCC) for Dorset.

Mr Underhill has served as Dorset’s PCC since the role was first created in 2012 but chose not to stand for re-election.

PCCs are elected using the supplementary vote system, with people making a first and second choice.

Second votes were then considered to decide between Mr Sidwick and Mr Hardy as neither had won more than 50% of the first vote.

In his election address, the Bournemouth businessman Mr Sidwick said his vision was to make Dorset the safest county in the UK, adding: “I will bring back prevention with robust visible community policing and put victims and communities first. I will be tough on violence, drugs, hidden harms and also tackle rural crime.

“The mission is to cut crime and anti-social behaviour and together we will make our police crime fighters again.”

I WROTE this column last Tuesday, just before the Budget which I will comment on next time. Rest assured that I continue to make representations to the Treasury as to what support we need for our unique community here in Dorset. […]

I RETURNED to the House of Commons at the end of December where we ended the year with a momentous day, as the EU (Future Relationship) Act 2020 became enshrined in law. […]

In his latest 'Flashbacks' blog, photographer Richard Austin shares a snap of Sir Ian Botham on one of his fundraising missions https://t.co/xIr1s8sAMu
View on Twitter
1
1