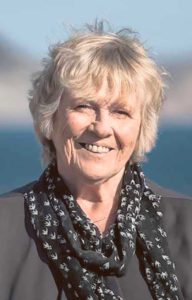 CHERYL Reynolds will make a return to the council chamber in Lyme Regis, after standing for election uncontested.

Despite being one of the most popular councillors with the local electorate, coming second in the poll when she was re-elected in May 2019, she resigned just a week later.

She walked out of a meeting and resigned with immediate effect after Brian Larcombe MBE and Jeff Scowen were elected mayor and deputy mayor respectively.

At the time, Mrs Reynolds said she was unable to work with them following a long-running dispute.

She has since said that another reason for stepping down was due to ill health, from which she has now recovered.

Mr Scowen resigned from the council in December and Mrs Reynolds now takes his seat, after it was announced today (Friday) that she had stood uncontested.

Mrs Reynolds said she was “over the moon” to be returning to the council.

She thanked all those who had offered her support in recent months, adding: “I feel like I’ve been without my left arm not being on the council, so I am really pleased.”

Mrs Reynolds is a keen community fundraiser, having given her support in particular to the skatepark project, the refurbishment of Anning Road play park and other projects for young people.

LYME Regis Town Council has suspended all meetings to fit guidelines aimed at preventing the spread of coronavirus.  […]

THE proposed pedestrian crossing for Broad Street, Lyme Regis, has been given final approval after months of going back and forth.  […]