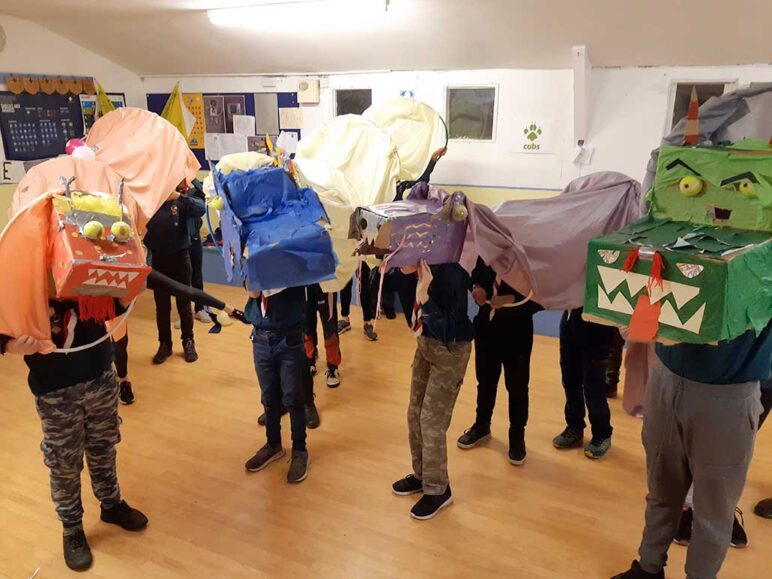 AS part of their Creative Challenge, members of the 1st Charmouth Scout Group celebrated Chinese New Year by making their own dragon costumes.

Just 60 minutes later the results were truly outstanding – four costumes that would not have looked out of place in a parade in Beijing.

Group Scout leader Kevin Payne said: “To be honest, when our Scout leader Alex Willatt suggested this activity I was rather doubtful about what the dragons would look like. But the Scouts took to the task with real enthusiasm and showed a great deal of creativity, as can be seen in the four outstanding costumes they came up with!”

The troop has stored the four costumes for potential use at their St George’s Day Parade, as the patron saint is known for slaying a dragon.

LOCAL Scout leader Josh Yelland has been awarded the Queen’s Scout Award – the highest award in Scouting for young people. […]

Scouts put to the test at ‘Strategy’ event

THE 1st Lym Valley Scouts attended national event ‘Strategy’ over the weekend, as part of an action-packed summer programme. […]