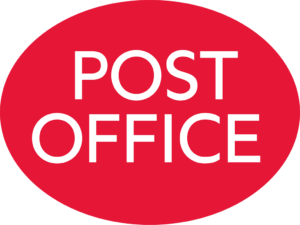 THERE has been a post office in Charmouth for 224 years – but there is increasing concern about the future of the current PO in The Street.

Sub-master Steve Pile is doing all he can to secure the survival of the village Post Office, but he has revealed in an article in Shoreline, the village magazine, that it may be forced to close.

There has been rumours about the future of the service for several weeks and Mr Pile, who is hoping to retire shortly,  has outlined the situation in Spring Issue of Shoreline, which is celebrating its tenth anniversary.

Mr Pile writes: “There have been so many comments and rumours locally that I find it necessary to tell you the situation.”

He reveals that they have been looking for a new sub-postmaster since 2013 and there are 600 Post Offices in the UK in a similar position.

The preferred option, and one preferred by Mr Pile, is for the Post Office to be incorporated into another business in Charmouth and he reveals that discussions are in place with Post Office Ltd to bring about this change.

Mr Pile has committed to continue running the service in the short term but a solution must be “reasonably expedient”.

He concludes his article by saying: “We hope the Post Office is here for another 100 years. We have done all in our power to allow the survival of our Post Office and it will be with great regret if we have to close, but it may happen.”

A bumper 52-page issue of Shoreline celebrating its 10th anniversary is available free at a number of outlets in Charmouth.

A LYME Regis councillor has argued that the amount of council business being discussed in private is “not good enough”. […]

CONCERNS have been raised about the popularity of the town council’s recently refurbished unisex toilets on Marine Parade in Lyme Regis. […]