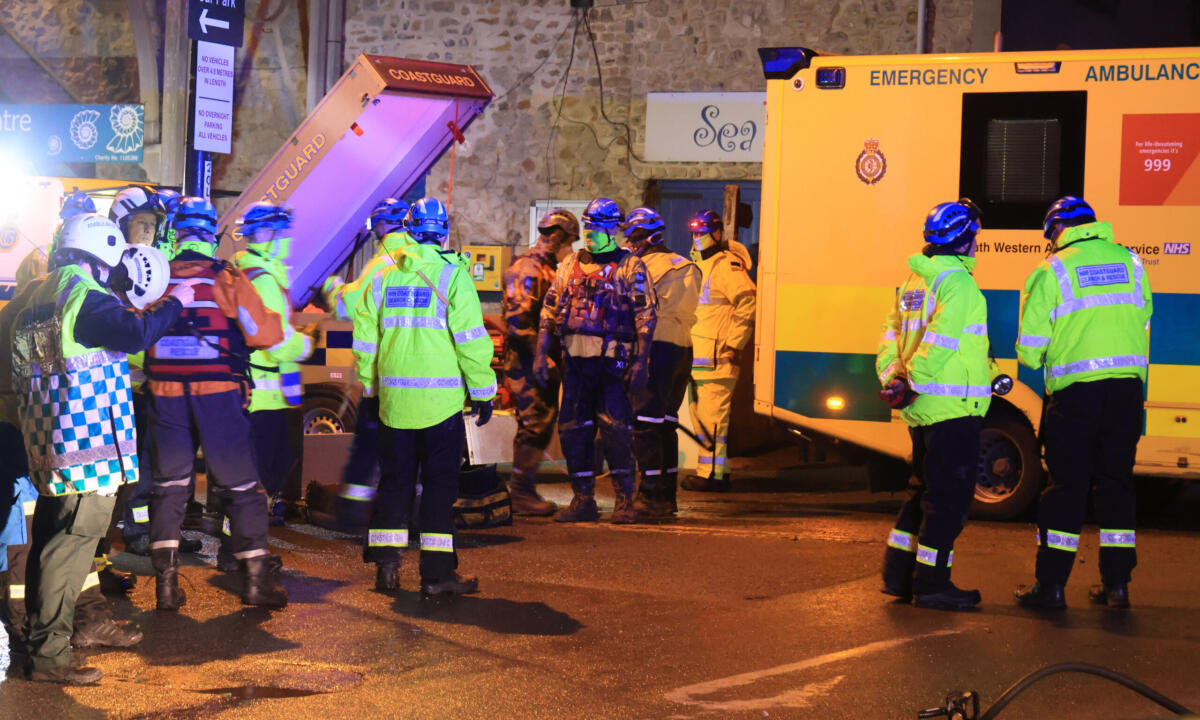 TWENTY-six coastguards were called to help a woman stuck in mud halfway up a cliff and a dog walker cut off by the tide at Charmouth today.

West Bay, Lyme Regis and Beer coastguards were called to Black Ven, between Lyme and Charmouth just before 3.30pm this afternoon (Sunday), along with the fire and ambulance services, and a search and rescue helicopter from St Athan in Wales.

A spokesman for Beer Coastguard Rescue Team said: “The lady was up to her thighs in mud, her partner was a short distance away on firmer ground.

“The first choice rescue method was for the helo [helicopter] to land at Charmouth, pick up two mud technicians and mud gear and try to transfer them to the casualty’s location.

“Our second method of extraction would be to set up a rope rescue, just in case the helo could not complete our first choice option.

“Before the helo arrived, Lyme lifeboat spotted a dog walker cut off by the tide. A fire service team reached the dog owner and made them safe, but due to the state of the tide and recent cliff falls, they could not recover them back to the car park.

“On the helo’s arrival, it flew over the scene and dropped off his winchman at the scene and flew back to a landing site by the heritage centre to pick up two mud technicians and the mud kit.

“Once they were transferred to the casualty’s location, the casualty was freed from the mud and loaded onto the helo with the mud team and equipment and flown back to the landing site.

“Once they were safely into the hands of the ambulance, the helo went back and recovered the dog walker, their dog and two firemen, landing them back at the heritage centre.

“Thankfully, our first plan worked, had it not worked, it would have taken most of the night to get her out using room access techniques due to her location.

BRIDPORT and Charmouth fire crews are currently in attendance at a small forest fire on the top of Langdon Hill, near Morcombelake. […]

Visitors and residents asked to act responsibly this weekend

AS another weekend arrives, organisations across Dorset are again urging visitors and residents to think carefully about where they are going and if it is safe to do so. […]