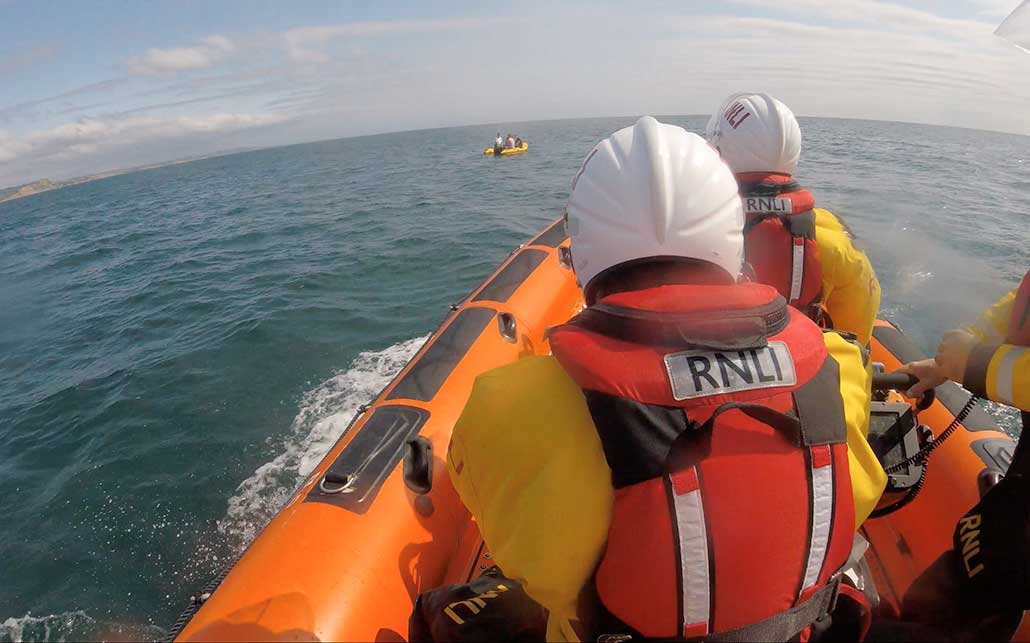 FOUR people aboard a dinghy were towed to safety on Bank Holiday Monday by the volunteer crew of Lyme Regis lifeboat.

The lifeboat crew towed the boat and four people back to Charmouth beach where they were safe to recover their boat.

The crew launched at 2.15pm and returned to Lyme Regis lifeboat station 3pm.

The incident followed two emergency call outs the previous day and adds to what has so far been a busy year for the crew.

A LONG-distance swimmer, who has moved from West London to be near the sea with his wife and twin daughters, has become the newest member of the volunteer crew of Lyme Regis lifeboat. […]

Seaside fun we’ll all be missing this week

FOR the first time in almost 50 years, Lyme Regis will not be hosting Lifeboat Week – one of the most popular events of summer. […]

AS the numbers of people heading to Dorset beauty spots increases, police are urging the public to respect local communities and to stay safe. […]