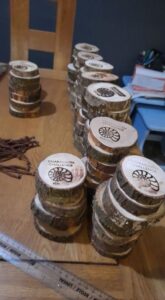 THERE is still time to enter this year’s virtual version of the Charmouth Challenge.

The Charmouth Challenge and fun run events have been the mainstay of Charmouth Primary School PTFA’s fundraising income since 1983, making a difference to the lives of generations of school children.

It has become a popular event with runners across the South West and from further afield, taking in a gruelling climb of Golden Cap – the highest peak on the south coast – and offering stunning views across Lyme Bay.

Like many charities in these unprecedented times, the PTFA has not been able to run this event physically, which has severely impacted their budget.

Instead, they have been inviting runners to take part virtually this month, asking them to run, walk, skip or hop eight miles anywhere during July for a £10 donation to the PTFA. Permissions have not been granted from various landowners to use the traditional route.

For families, those who prefer a shorter run and under 18s, there is the fun run – traditionally a two-mile run held alongside the longer Charmouth Challenge, looping from the school grounds, up Stonebarrow Lane and back down the cliff path to school.

Again, this virtual version asks you to have fun by running, walking, skipping or hopping two miles anywhere during the month of July, supporting the PTFA with a £5 donation – you could even do it in fancy dress!

All entries will receive a hand-crafted, locally-made eco medal.

Race times can be entered more than once over the race period and the fastest time will be automatically selected.  When entering your completed time, entrants should use use Strava or similar apps to validate.

For more information or to enter, visit the website www.eventrac.co.uk/e/virtual-charmouth-challenge-and-fun-run-7022

PLACES in the third annual Lyme Regis to Charmouth swimming challenge, organised by Lyme Splash, sold out in less than a month. […]

ORGANISERS of Lyme Regis Lifeboat Week are celebrating after smashing last year’s all-time record and raising a total of £36,500 for the RNLI. […]