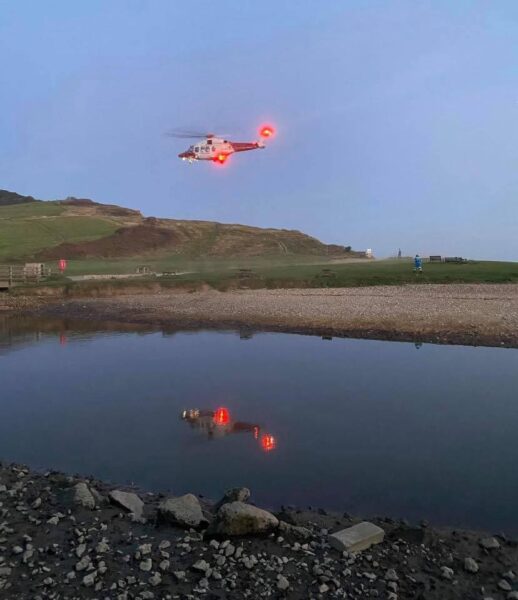 LYME Regis coastguards were called to a semi-conscious casualty at Charmouth beach car park on the afternoon of Sunday, October 10.

The coastguards were called to the scene at 3.56pm, where they found the casualty was conscious but had a spinal and head injury after falling over.

Casualty care was given by the team and a landing site was set up as coastguard helicopter rescue 179, from Lee-on-Solent, was in bound.

Care was handed over to the aircraft paramedics and, with assistance from the coastguard team, the casualty was carefully packaged up for the short flight to Dorset County Hospital in Dorchester for further treatment.

Once the aircraft had taken off the Lyme Regis team returned to station.

Kite surfer injured after dragged along beach in heavy winds

EMERGENCY services were called to Lyme Regis beach on Friday afternoon when a kite surfer’s sail was caught on the roofs of seafront cottages. […]

DORSET Police and Crime Commissioner has launched a survey asking residents about their experiences of anti-social behaviour. […]