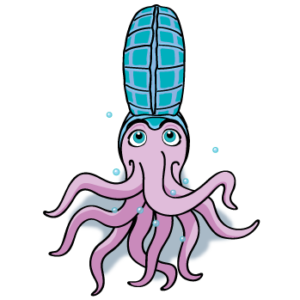 CHARMOUTH-based author Jim Greenfield is donating 50 copies of his children’s book ‘Amadeus and the Sea Dragon’ free to local schools.

The book features the Jurassic creatures from 180 million years ago that can now be found as fossils on local beaches, providing a humorous and entertaining story about life in the Jurassic seas.

The story follows Armadeus the ammonite, as he is washed away by a storm and must find his way home through unfamiliar seas. Will he get back home, or will he be eaten by the Sea Dragon?

Written by Charmouth guests house owner Jim Greenfield, the story was conceived as a bedtime story for children holidaying in the area. However, Jim soon found that having a friend, Steve Goodwin, who had previously illustrated children’s books such as ‘Colin the Coastguard’, meant that his characters could be fully brought to life.

Asked where the idea for the book came from, Jim said that there are many factual books about fossils and some stories about fossil collector Mary Anning,  but fictional stories about the Jurassic creatures were often restricted to land-based dinosaurs that were less relevant to local fossils.

He added: “For the many local children and visitors to out beaches, who spend their days looking for fossils, the story bring the creatures to life to stimulate children’s imagination and curiosity.”

Jim’s wife Dawn, am ex-primary school teacher and deputy head, helped develop the story for children who are professing from the popular rhyming picture books to short stories.

As part of a programme to support the local community, copies of the book are currently being provided free of charge to primary schools within 10 miles of Lyme Regis and Bridport.

The book is able available to buy from local bookshops, including Serendipity in Lyme Regis and Waterstones in Bridport, as well as Lyme Regis Museum and Charmouth Heritage Coast Centre.

You can also purchase the book online at www.amadeus-ammonite.com, where you can read more about the characters and download free activity sheets for children.

THEATRE company Scandal and Gallows will premiere a play about the life of Lyme Regis fossil hunter Mary Anning at the Edinburgh Festival Fringe this summer. […]

THE Mary Anning Rocks campaign has reached its overall target of £100,000 for a statue of the palaeontologist to be installed in her hometown of Lyme Regis.  […]