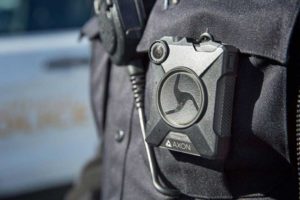 COUNCIL staff in Charmouth are being issued with bodycams after a number of incidents occurred at the foreshore over the summer months.

The decision to spend £320 on four cameras was approved by members of Charmouth Parish Council on Tuesday following a report to the foreshore committee by deputy clerk Melissa Kirkby.

The money will come out of the car park maintenance budget.

No details on the incidents were given at the meeting, although members of the foreshore committee were provided with a list at their last meeting when it was agreed that the “continuation of incidents reported was not acceptable”.

It was also reported that the council had received a proposal that a web cam should be erected on the factory at the foreshore, the cost and installation of which would be covered through advertising.

Although the chairman of the committee, Councillor Judith Sheppard, felt this was a good idea, on closer inspection of the website the proposer would use to display images and gather advertising was very similar to the existing charmouth.org website and would also be out of the control of the council.

It was therefore decided to reject the proposal.

It was also reported at the foreshore committee that a complaint had been received from a member of the public that they had purchased a ticket from the car park machine before they saw any sign saying no dogs were allowed on the beach.

A laminated sign had been placed on the ticket machine. A survey was carried out and it was revealed that there were signs at 14 locations along the foreshore about the beach ban on dogs.

Members felt this was adequate and no further signs were needed.

A request for permission to film on the foreshore at the end of October/beginning of November for a short educational film on Mary Anning for Key Stage Two students was approved.

POLICE have obtained additional powers to move people on from Langmoor and Lister Gardens in Lyme Regis following repeated reports of anti-social behaviour. […]