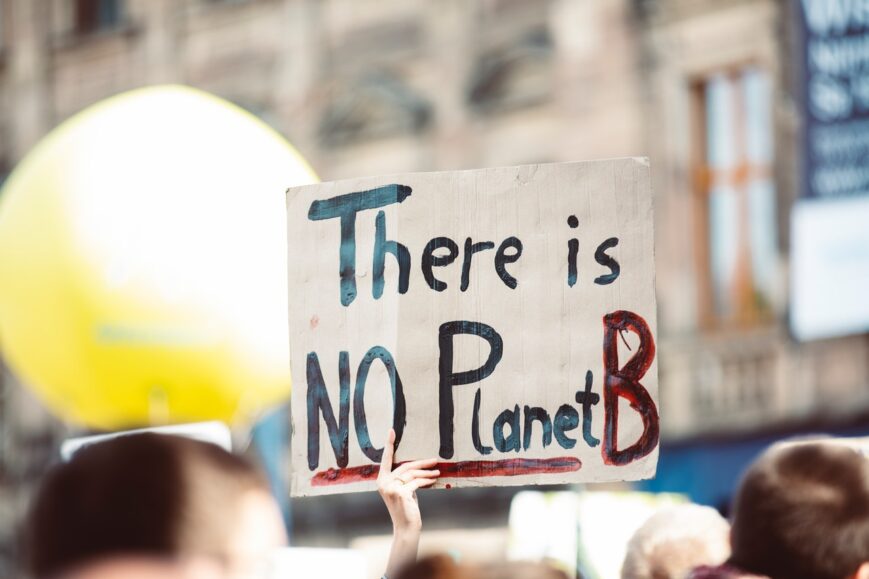 THE CEO of a Lyme Regis charity has written about the devastating effect the lack of support shown for environmental charities during the coronavirus pandemic could have.

The Word Forest Organisation, fronted by Lyme Regis resident Tracey West, plants trees close to the equator in Kenya, as well as in the UK, to help tackle climate change. It also facilitates education by building classrooms and leads women’s empowerment groups in Kenya.

Mrs West argues that environmental charities are among the most important causes across the globe, but her organisation has “slipped through the wide noose of loopholes” and has not qualified for any government funding during the COVID-19 epidemic.

After recently being turned down for a small grant to help buy four laptops so remote volunteers could switch to a fully digital fundraising strategy, Mrs West wrote an open letter in response, saying the charity could close by the end of the year if no fundamental changes were made to its income.

She also pointed out the serious effect the lack of funding for environmental charities, such as The Word Forest Organisation, could have on the current climate emergency, as well as those in poverty they support in Kenya.

Mrs West wrote: “I know all charities think they’re important but I’d proffer there are none more so than environmental charities. Our team have spent four years fighting a crisis that could wipe out our very presence on the planet and, right now, we are haemorrhaging re-appropriated funds rapidly.

“If nothing fundamentally changes with our income, bearing in mind we’ve lost almost every one of our usual revenue streams, we will either have to drastically reduce the support for our tree planting communities or we will cease to exist before the year is out.

“In the coming months, I suspect some of the 1,400-plus tree planters we’re supplying food aid to right now in Kenya, may well lose their lives from poverty associated illnesses or malnutrition because their government isn’t moving fast enough to support its people and we cannot meet their full needs.

“I’d like to give you two tiny examples of how the Kenyan lockdown is affecting people; one man is trapping rats in his house to try and feed his wife and their new born child, another mother is feeding her children every two to three days to make the food stretch.

“Word Forest has the knowledge, the connections, the ideal location and the people on ground to make a serious dent in climate change – our mission is to reforest Kenya, a country that only has around 10% canopy cover – we’re certainly not going to run out of space to plant. Environmental education is the key to it all and we’re working solidly to raise awareness of what needs to be done in Kenya and the UK.

“As I mentioned in my unsuccessful bid, we do some planting and run educational events here in Dorset, but the trees in Kenya grow up to 10 times faster, removing CO2 from the atmosphere at a massive rate – far, far quicker than trees planted here. That’s why we focus on planting in the tropics – those trees are the ones critical to keeping rising sea levels and temperatures at bay, preventing death and destruction in Dorset and all coastal communities the world over.

“The net result of these crippling facts if Word Forest closes: we’ll be unable to get any more trees in the ground to mitigate the deadly effects of climate change. It is worthy of note that recently, we facilitated the planting of 150,000 saplings. In 5-7 years, they will have absorbed 37,500 tonnes of CO2 and other pollutants, cleaning the very air we breathe in West Dorset.”

Speaking about the issues on a local level, Mrs West said that, despite declaring a climate emergency 12 months ago, Dorset Council still did not have a strategy in place to address the situation.

She commented: “It is a year since Dorset Council declared a climate and ecological emergency. It happened following a moving protest and passionate statements made by Dorset residents at the offices of the new unitary council, at their first proper meeting.

“However, 12 months on, there’s no strategy in place to address the situation and no plan of action ready to deploy either. Declaring a climate emergency means recognising the threat posed to Dorset citizens – and global citizens – from the devastating effects of climate change.

“The sea levels are rising at terrifying rates, extreme weather events will continue to batter and burn our landscape – the funding required to mop up Lyme Regis, Charmouth, West Bay, Weymouth, Portland and countless other towns after the disastrous events that are likely to be heading our way, will be staggering.

“Keen gardeners will tell you we’ve had very little rainfall. Southern Water state the long term average rainfall for our region should have been 52.8mm – what we actually had was 6.7mm. The driest county in the country was Northamptonshire which recorded only 1.5mm rainfall during May. Dr Mark McCarthy of the Met Office’s National Climate Information Centre confirmed on average, there has been less than 10mm rain falling across England.”

Dorset Council says it is taking direct action to reduce the negative environmental impact of its services, influencing Dorset communities and organisations to reduce their carbon footprint, and working with partners to develop a climate emergency plan.

This includes a three-year plan of activities run by Low Carbon Dorset to help boost Dorset’s low carbon economy and reduce its carbon footprint; reducing the amount of waste sent to landfill; reducing engine emissions created by its Highways team; promoting sustainable travel initiatives; encouraging biodiversity on roadsides; and undertaking a range of energy efficiency measures at its properties.

The council has also set up a number of Task and Finish groups to discuss further ideas for the future. You can find out more about Dorset Council’s work to tackle climate change at www.dorsetcouncil.gov.uk/emergencies-severe-weather/climate-and-ecological-emergency.aspx

Mrs West said one of the most devastating immediate results of the warmer and drier weather is that many farmers have seen key cereal crops suffer during this arid spell.

The National Farmers’ Union recently stated: “Continued low rainfall and high temperatures into the summer will result in more widespread impacts for agriculture and the environment. The situation is becoming increasingly serious for the growth of rain-fed grass and cereal crops across the country, made worse by the wet winter that led to the planting of more spring crops which are now struggling because of falling soil moisture levels.”

A Met Office spokesman recently said that extreme weather events, such as those seen this year, generally follow the trend of global warming.

A plethora of unusual wildlife is also being recorded around the UK, especially in the South West, with some fearing this is a sign of the effect climate change is having on animal life.

Stephen Moss, a Somerset based naturalist and President of the Somerset Wildlife Trust, recently wrote: “I recall many years ago hearing someone talk about saving the planet ‘for our children, and our children’s children’. At the time, this felt like an abstract notion; even a rather sanctimonious platitude. Now that I have children and step-grandchildren of my own, who may well live to witness the 22nd century, that phrase feels far more relevant and urgent.

“If the worst predictions for the climate emergency come true, with devastating consequences for human and animal life on this planet, then I do not envy them living that long. So, much as I enjoy seeing cattle egrets on my local patch, or catching up with a new species of butterfly on the south coast, my pleasure is more than ever tinged with concern.

“My fear is that these pioneering colonists are not something to be celebrated, but a phenomenon to warn us of impending disaster in this new age of extinction.”

‘Catastrophic event on the cards’

Mrs West continued: “Every single tree The Word Forest Organisation is able to get in the ground, be they in Dorset, Devon, Somerset or Kenya, will play a part in mitigating environmental disasters.

“The money needed to rebuild our communities and reshape society following any one of the catastrophic events that are on the cards, predicted by countless scientists and meteorologists with far more knowledge than I’ll ever have, will make the funding applied to rescue us from COVID-19 look like a financial fart. We will have human displacement and societal chaos on unprecedented scales.”

Mrs West fears her organisation will not qualify for any local environmental funding pots, as the charity focusses largely on planting in Kenya.

She added: “My empathetic supportive thoughts and well wishes go out to CEOs of other international environmental charities. I doubt you’ll have qualified for Governmental support either and so many usual funding pots have diverted their funds to support pure COVID-19 related needs. I dread to think about how many casualties there will be when we eventually rise again.

“If any of our wonderful supporters are aware of funding pots for international tree planting, education or women’s empowerment projects, may I kindly ask you to check through the criteria as best as you can to see that we fit and email them over to team@WordForest.org.

“Our crew of amazing, planet-loving volunteers are working at full pelt to help our equally wonderful tree planting friends in Kenya. Right now, we need all the help we can get.”

You can find out more about the work of The Word Forest Organisation by visiting www.wordforest.org

COMMUNITY fundraiser and former Mayor of Lyme Regis, Philip Evans, was presented his MBE during a service at Buckingham Palace on Wednesday.  […]