The presenter, known for his wilderness survival television series, was being filmed in a speed boat in Lyme Regis harbour.

It was reported he was filming for a YouTube video, in which he was planning to race to Exmouth in a speedboat against a motorcyclist on road.

Grylls has become known worldwide as one of the most recognised faces of survival and outdoor adventure.

Trained from a young age in martial arts, he went on to spend three years as a soldier in the British Special Forces, as part of 21 SAS Regiment.

It was here that he perfected many of the survival skills that his fans all over the world enjoy, as he pits himself against the worst of Mother Nature. 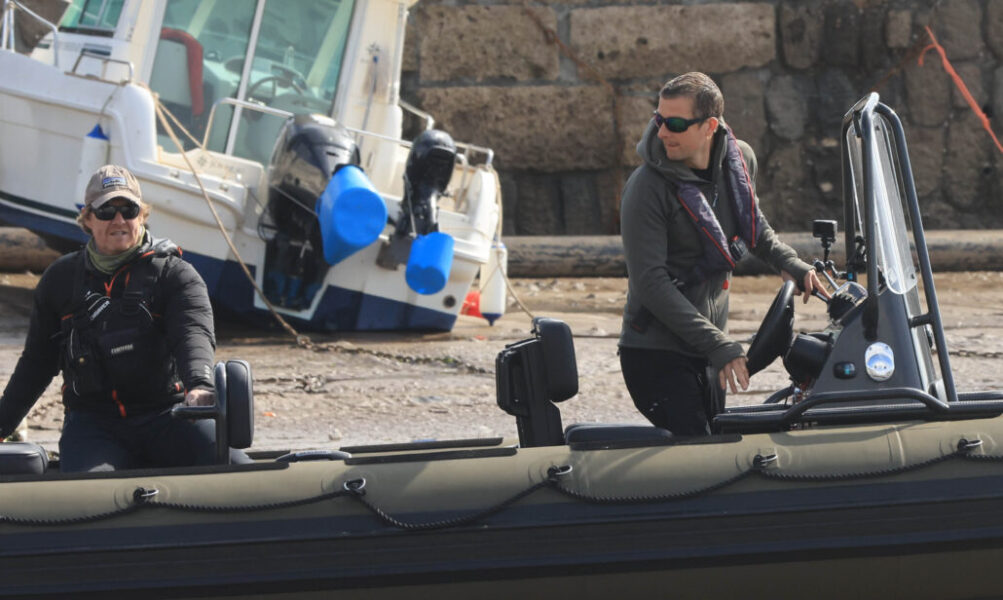