THE LymeOnline team is one of the most experienced journalistic teams in the local area. They know Lyme Regis inside-out and offer the most comprehensive coverage of the latest news, sport, entertainment, events and community matters in Lyme Regis, Uplyme & Charmouth, accompanied by high-quality photography, as well a professional and competitive design service. 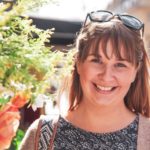 Francesca grew up in Lyme Regis and has become a familiar face at events around the town, having worked in community journalism in the area since 2007. She was educated at The Woodroffe School and went on to gain a First Class Honours degree in journalism and her NCTJ qualifications at Southampton Solent University.

Francesca set up the LymeOnline website herself in 2018 and continues to manage it on a daily basis, as well as editing our fortnightly printed newspaper and covering neighbouring Axminster and Seaton for the Nub News network of websites.

In 2021, she was shortlisted for Print Production Achiever of the Year at the national newsawards.

When not covering local events, Francesca can usually be found at the beach or enjoying long walks in the West Dorset and East Devon countryside. She is also a keen fundraiser and organises regular events for her favourite charities and local causes, including Cancer Research UK and Lyme Regis Football Club. 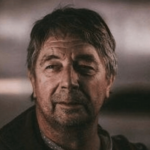 A ‘Richard Austin’ photo by-line is a common occurrence in most of the UK’s top national newspapers – and from time-to-time one of his incredible photographs will make the news pages of a prestige publication overseas. Or you might see one of Richard’s cute mini-pigs in red wellies on a postcard in New York.

Lyme-born snapper Richard specialises in animal photography – and nobody does it better. One of the West Country’s most accomplished photographers, his talent in capturing the cutest of wildlife in engaging positions was recognised by an enterprising television producer, resulting in ITV’s award winning Richard Austin’s Animal Magic.

But there’s more to Richard’s work than snapping our furry friends. He’s essentially a news and sport photographer with a reputation for always getting the shot that tells a 1,000 words. Richard is also a superb sports photographer and his portfolio contains images of some of the most famous sportsmen of our time.

Richard is part of the Lyme Online editorial team with his work regularly reproduced in our Photo Gallery together with blog that will detail some of his experiences in snapping the good and the great. 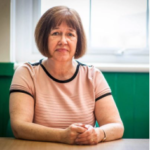 An important part of Lyme Regis Media Limited’s business is the provision of pre-press and editing services. This part of the business is managed by production manager Jackie Evans. Our production team also offers a design and editing service for local organisations requiring programmes and brochures for their various events. See our Design Services page for more information. 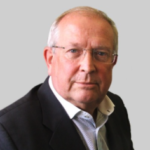 Veteran journalist and newspaper manager Philip Evans has worked in the publishing industry for more than half a century. He started out as a reporter for Pulman’s Weekly News as a young man and went on to work for an international publishing company in the UK, South Africa and Australia before returning to Lyme Regis where he is still reporting on local events as he has done for more than 53 years.

At 34 years old, he became the youngest mayor of his hometown and is active in the community, holding the posts of president of the Royal British Legion, Football Club and Lyme Regis Musical Theatre and chairman of the local branch of Cancer Research UK. Philip was awarded the MBE in 2018 for services to charity and the community of Lyme Regis.

To find out more about LymeOnline, see the About Us page or for full contact details, visit the Contact Us.