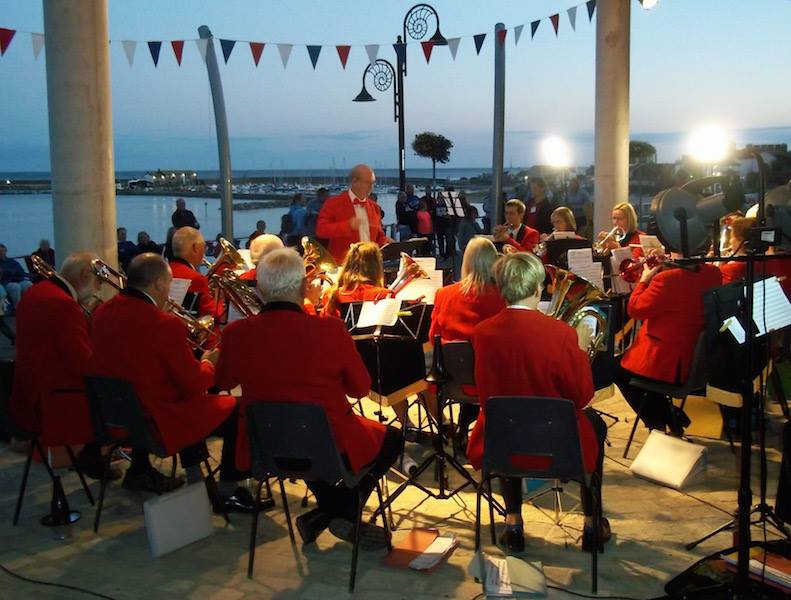 LYME Regis Town Band is returning to public performances following the coronavirus pandemic and is looking forward to getting back together after a long period of enforced silence.

Band members have kept in touch during lockdowns via Zoom meetings and quizzes, meeting up socially outside and two attempts at producing a piece of music which they all played separately at home.

Funnily enough, the band chose to play ‘Barnard Castle’ – before the Prime Minister’s then advisor Dominic Cummings made it famous – and they followed this up with ‘Amarillo’, a favourite from its seafront seafront concerts.

The band is now able to meet again for face-to-face rehearsals at the Woodmead Halls and is eager to make up for lost time.

At this time of year, the band is usually putting the finishing touches to a full programme of music for its summer engagements, which members would normally have begun practising immediately after Christmas.

However, they are keen to undertake a shortened series of engagements this summer, supporting RNLI and carnival events and providing entertainment for visitors and their loyal band of local supporters on the seafront on Tuesday evenings and Sunday afternoons.

A band spokesperson said: “So wish us well, put these provisional dates in your diary and watch this space.  In the meantime we will work hard to make up for lost time and we will look forward to seeing everyone, back where we belong, on Marine Parade in July and August!”

Dates for upcoming performances on Marine Parade by Lyme Regis Town Band are as follows:

MARSHWOOD-based musician Leonie Prater will host a launch event for her new album ‘Metamorphosis’ at the Marine Theatre on Lyme Regis on Thursday, August 26. […]

THE Marine Theatre in Lyme Regis is planning to host more “good value nights for the community” following an audience survey. […]

A 16-year-old student from The Woodroffe School in Lyme Regis is celebrating having secured a place at the UK’s most prestigious performing arts school. […]