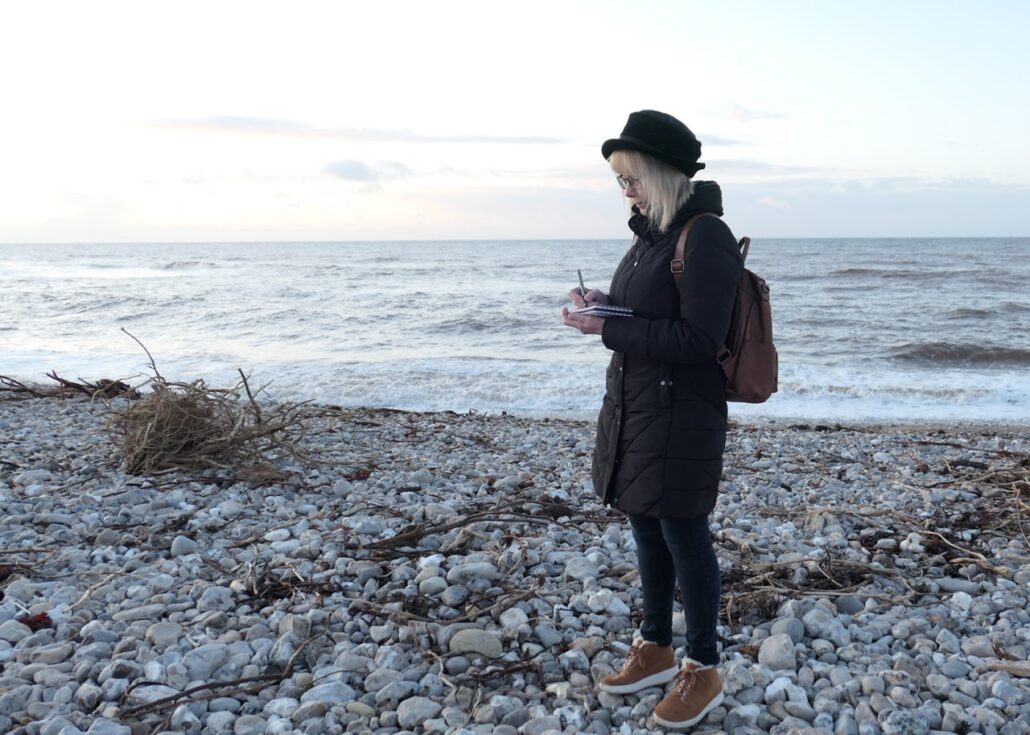 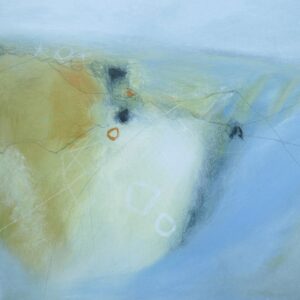 A SHOWCASE of work by Lyme Regis artist Annie Ward, entitled ‘Where the Mist Rises’, opens in the town’s museum today (Wednesday).

Based on her research into satellite photographs and historic maps of the Dorset coastline, these abstract works explore the changeable spaces where the land meets the sea.

Annie begins with detailed drawings on canvas that she scrubs over with layers of paint allowing shapes to be defined, buried and rediscovered in an editing process that reflects the ever-changing nature of coastal margins.

The finished paintings are overlaid with shapes reminiscent of map symbols, field patterns and topographical details.

Veils of white remind us of sea mist while fine scribbled lines speak of fishing lines, tangled nets and detritus washed up along the shoreline.

Working in series, layering, distortion and erasure come to play a key part in her practice, referencing the fugitive nature of memory and historical narrative.

In 2004, Annie graduated from The Birmingham Institute of Art and Design with a First Class Honours Degree in Fine Art.

After graduation, she worked on a project with Oxford Visual Arts in collaboration with The Ashmolean Museum.

As a result, she now spends time on historic research that often acts as the impetus for her work.

Many visitors to Lyme Regis Museum will remember her exhibition there in 2012 that featured bonnets constructed from the pages of Jane Austen novels, one of which she donated to the museum and is normally on show.

A member of Lyme Bay Arts and an elected academician with the South West Academy of Fine and Applied Arts, Annie’s work has been exhibited at The Bankside Gallery and The Mall Galleries in London, The Royal West of England Academy in Bristol and numerous galleries across the UK.

Her exhibition ‘Where the Mist Rises’ will be open in the museum’s Rotunda Gallery until December 5.For information on opening times and days, please visit www.lymeregismuseum.co.uk

TALENTED Lyme Regis artist David Manners is paying his own tribute to frontline NHS nurses by painting their portraits. […]

‘Not Everything Is Black and White’

AN exhibition entitled ‘Not Everything Is Black and White’ brings together two local artists whose work will be on display at The Gallery in Symondsbury from February 1 to 12.  […]