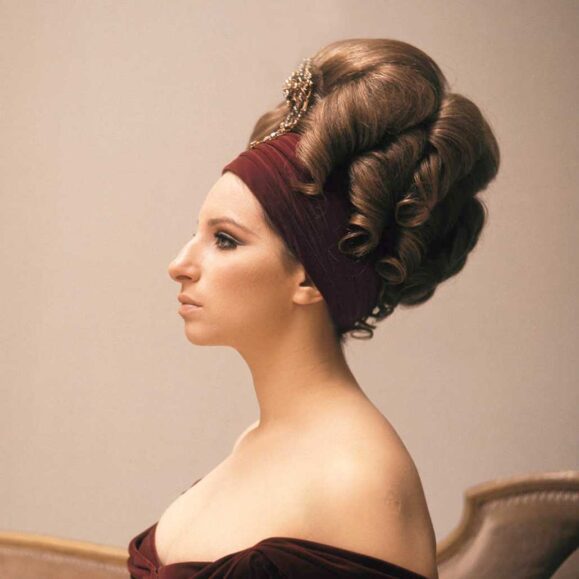 THE iconic sound of a legend in music and film is brought to life in a brand new production touring theatres across the country.

Singer Jillian Winter will perform Barbra Streisand’s songs with a full live band at the Marine Theatre in Lyme Regis. Expect to hear all the hits – ‘Send In The Clowns’, ‘Don’t Rain On My Parade’, ‘Woman In Love’, ‘Evergreen’, ‘Tell Him’, ‘The Way We Were’, and many more.

Jillian first became fascinated by Barbra’s talents as a teenager.

“I saw Funny Girl when I was about 19 and I was shocked! Barbra’s voice had a raw clear power that just brought me to tears” she said.

“At the time my voice was very timid though, so I never dreamt then that I could ever sing like her but I desired it very much.

“Then a couple of years ago I’d had a bit to drink at an evening in with the girls, and a couple of us were Barbra lovers, so we put on a CD and started singing.

“I sang along and the others told me I could sing like her. It was by no means a polished performance but it lit a fire to sing Barbra’s songs and do them proud.”

When asked what it is about Barbra that she loves so much, Jillian added: “I love her honesty, her sensitivity and shyness. I love her strength and her drive and her tenacity.

“She has some all time legendary performances recorded both live and in the studio, she has mastered her voice and cultivated her talent through six decades and that deserves massive respect.”

Jillian will be covering Barbra’s material from the 1960s and 1970s. Complete with the depth of double bass, keys, and violin – this will be an evening of music not to be missed by Barbra’s fans.

The show will be held at the Marine Theatre on Saturday, February 16 with doors opening at 6.30pm for a 7.30pm start.

‘THE Truth about Men’, written by Scott Lavene, is a performance that dives head-first into an exploration of definitions of fatherhood and masculinity in the modern age. […]

FOLLOWING a popular Facebook competition, South West band Square One has won a headline slot at the regular Sunday Sessions at the Marine Theatre in Lyme Regis. […]

Folk and comedy stars collide for a reforestation fundraiser

LIMITED tickets remain for an intimate evening of music, cabaret and comedy as part of Lyme Regis Fossil Festival.
[…]