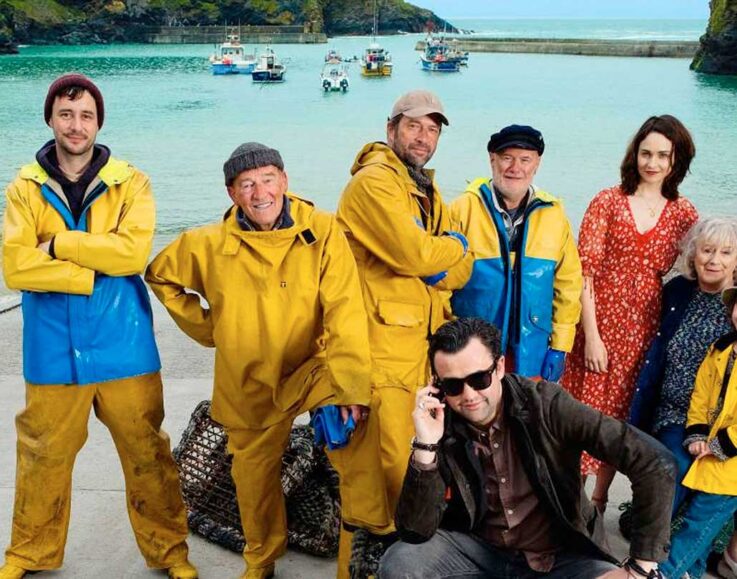 THE cast and crew of the film ‘Fisherman’s Friends’ will reveal secrets and anecdotes from filming at a special screening to be held at the Marine Theatre in Lyme Regis.

The film is based on a true story about Port Isaac’s Fisherman’s Friends, a group of Cornish fishermen from Port Isaac who achieve a top 10 hit after they are signed by Universal Records.

Ian Brown – the film’s co-producer and manager of the real-life band – will join actor Dave Johns in conversation at this special fundraising event in aid of the theatre, and roots musician Jinder, whose song is in the film, will also perform.

The plot follows a fast-living, cynical London music executive who reluctantly heads to Cornwall on a colleague’s stag weekend where he’s pranked by his boss into trying to sign a group of shanty singing fishermen.

He becomes the ultimate ‘fish out of water’ struggling to gain the respect or enthusiasm of the unlikely boy band who value friendship and community over fame and fortune. Attempting to overcome the fishermen’s scepticism about the music business, he finds himself drawn into the community, has his integrity tested and ultimately is shown the meaning of loyalty, love and friendship.

The screening and question and answer session will be held at the Marine Theatre on Friday, July 12, with the bar opening at 6pm for a 7pm start.

THE film ‘Ammonite’, partially filmed in Lyme Regis in March 2019, has been long-listed for nine BAFTA awards.  […]

IN a nationwide exclusive, James Lavelle is giving a talk and presenting his new British Film Institute film at the Marine Theatre in Lyme Regis. […]