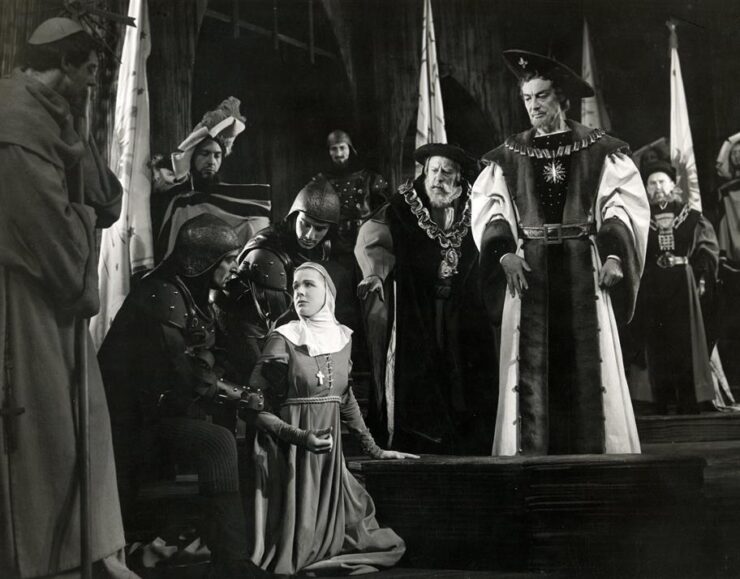 SHAKESPEARE’S play about the conventions of morality will be broadcast live from his birthplace to the Marine Theatre in Lyme Regis this month.

‘Measure for Measure’ stars Antony Byrne and Patrick Brennan, telling the story of a young novice nun who is compromised by a corrupt official, offering to save her brother from execution in return for sex. She has no idea where to turn for help and when she threatens to expose him, he tells her that no one would believe her.

Vienna is teeming with brothels and loose morality, but the Duke doesn’t want to use his authority to clean up the city. He departs, dressed as a friar, leaving his deputy, Angelo, in charge. Angelo is at first reluctant, but he soon starts to make changes.

Shakespeare wrote ‘Measure for Measure’ in the early 1600s, yet it remains astonishingly resonant today.

The Royal Shakespeare Company’s artistic director, Gregory Doran, directs this new production, which will be screened at the Marine Theatre on Wednesday, July 31, with the bar opening at 6pm for a 7pm start.

National Theatre debut to be streamed at Marine

THE brand-new political play ‘Hansard’, featuring Olivier award winners Alex Jennings (‘The Crown’ and ‘Lady in the Van’) and Lindsay Duncan (‘Birdman’ and ‘About Time’), will be streamed live from the Lyttleton stage in London to the Marine Theatre in Lyme Regis. […]

Is this the end for the TIC?

GREAT concern has been expressed in Lyme Regis this week over the future of the town’s award-winning Tourist Information Centre. […]