A NEW play based on the life of famous Lyme Regis fossil hunter Mary Anning will be performed at the Marine Theatre next month.

Based in a stormy 19th century Lyme Regis, dying and increasingly dependent on laudanum, Mary reflects on her life.

By challenging the status quo whilst making remarkable strides in a male dominated scientific world, her work threatens to disprove the very foundations she was raised on.

Haunted by hallucinations of friends, enemies and even the creatures she spent her life hacking out of the living rock, Anning tries to make sense of her existence in her last moments.

AsOne bring their signature magical blend of narrative, movement, music and visuals to tell this true story about legacy and coming to terms with the past.

The play was written for AsOne by Peter John Cooper and is directed by Marta Vella, with music by Joe Butcher.

The play will be staged at the Marine Theatre, just steps from the site of Mary’s home – now Lyme Regis Museum – and overlooking the bay where she made her incredible discoveries, including the first full skeleton of an ichthyosaur.

The performance will be held on Wednesday, October 6 with the bar opening at 6.30pm for a 7.30pm start.

Tickets cost £13 for early birds, £15 in advance or £17 on the door and can be booked by visiting the website www.marinetheatre.com 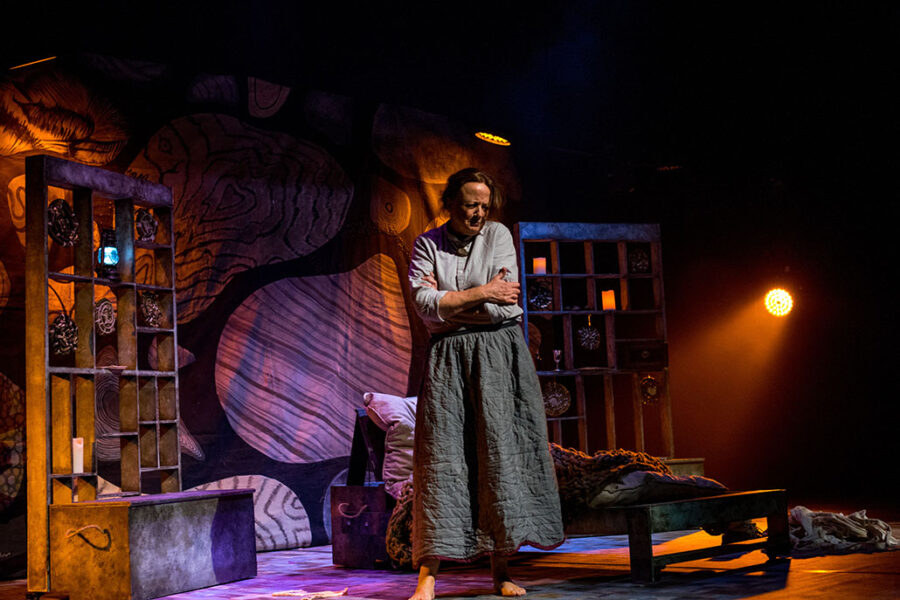 AMATEUR dramatics are set to return to the Marine Theatre in June with the Marine Players’ production of ‘The Haunting of Hill House’. […]

Welcoming in the ‘roaring 20s’

HAVE you stopped saying ‘Happy New Year’ to people you meet? I reckon around January 10 is a good time to stop although given I am still full of pre-Christmas cold, I’m not yet feeling the love for the ‘roaring 20s’ and who regurgitated that 20th century expression anyway? […]

THE Marine Theatre in Lyme Regis is able to reopen doors this month for a number of socially-distanced screenings. […]