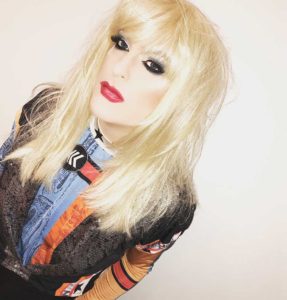 THE Marine Theatre in Lyme Regis is holding a night of house classics, Nu Disco and electro from a Cream and Ministry of Sound DJ, who rose to fame in the 1990s.

Alongside his musical talent as a DJ, Jon Pleased Wimmin is known for his flamboyant cross-dressing and stylish presence.

In the 1980s his three-piece cabaret act The Pleased Wimmin was spotted performing by Danny Rampling, who immediately invited them to dance at his club.

As a DJ, Jon warmed up for Danny in Ibiza. An immediate hit with the crowd, requests for guest slots came in thick and fast, so he became a regular at clubs such as Fabric, Ministry of Sound, Cream, and Renaissance.

Jon has DJed across the world at places including Ibiza, Buenos Aires, South Africa, and Singapore. Jon’s highly stylised dress sense and musical skills made him a regular fixture in DJ Magazine’s top 100 best DJs in the world, coming 5th in 1996.

THE music of blues and soul duo James & Black springs from the tradition of the Southern Soul from Texas, New Orleans and Memphis. […]

It’s ‘Yesterday Once More’ this November

THEY’RE back again like a long-lost friend, this November The Carpenters Experience’ is coming to The Marine Theatre in Lyme Regis. […]