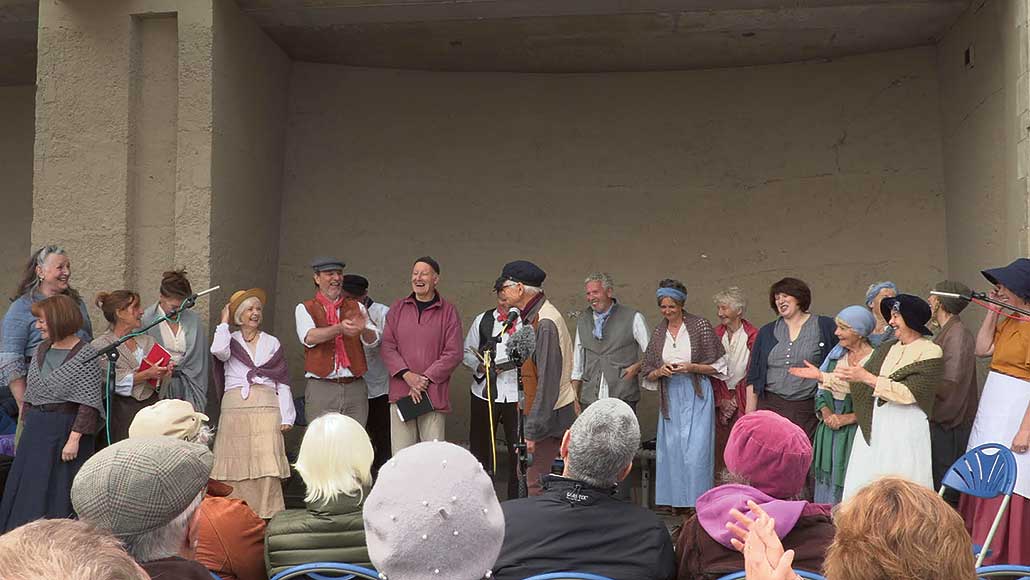 SAIL away at the Marine Theatre in Lyme Regis with a maritime-theme weekend that marries a local shanty-singing group with a film about a man’s attempt to revive the traditional Caribbean boat-building scene.

The performance also has the added dimension of narrative vignettes performed by the group who pay tribute and bring life to their collective maritime heritage.

Originally formed to support the Lyme Regis Gig Club, the group have evolved under the artistic direction of Penny Dunscombe into the group it is today.

Mark Hewitt took over as musical director in 2018 and continues to develop the local choir’s ever-expanding repertoire, and under his direction the group has debuted new songs as well as a new look for this year’s show.

To tie in with this nautical event, the Marine Theatre will be screening ‘Vanishing Sail’ the following day – Saturday, November 2.

The film charts Alwyn Enoe’s nautical swan song as he builds a sloop in an attempt to resurrect the diminishing boat-building scene in the Lesser Antilles by teaching his sons. His journey echoes the movements of the waves themselves as the film follows his progress and despair over three years.

Intermingled with Alwyn’s narrative is the introduction and discovery of other important figures in the Caribbean’s traditional boat scene – the films recalls inspirational and haunting tales of what these historical vessels mean to the people, their lives, and the Caribbean.

Tickets for the Harbour Voices concert cost £12 advance or £15 on the door, and for the screening of ‘Vanishing Sail’ are £6 in advance, £7.50 on the door or the special price of £5 for Harbour Voices ticket-holders. There is also a 10 per cent discount to both events for theatre members.

Outdoor performances return to the Marine

HAVING had its doors closed since the end of March due to the coronavirus pandemic, the Marine Theatre in Lyme Regis is looking forward to welcoming audiences again to a series of outside events this summer. […]

B Sharp’s annual busking festival to return next month

HAVE you missed live music? Enjoy playing music and singing on the streets? Playing piano or drums on the seafront? Watching some fantastic live music from one of B Sharp’s young performers and bands? […]