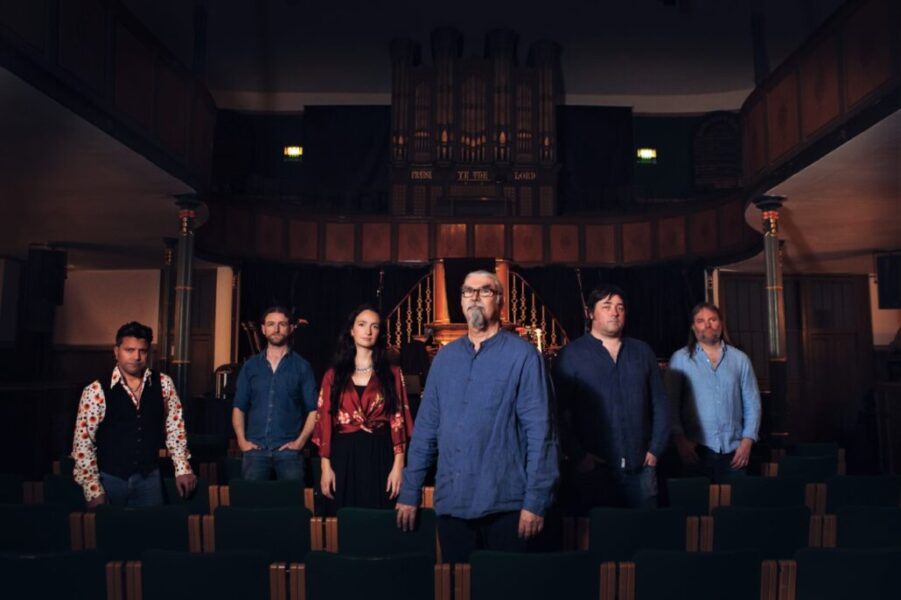 LYME Folk Weekend is back this summer after last  year’s postponement.

The four-day festival takes place on August Bank Holiday weekend, and will include free music on all four days on the Lyme Regis seafront.

Also returning will be the hugely popular outdoor ceilidh dance on Theatre Square, from 2.30pm on Sunday, August 29 – a great way for families to let off a little steam.

Along with the free events, there are four stunning headline concerts in the Marine Theatre.

Tickets are now on sale for the shows, and once again Lyme Folk Weekend will feature some of folk music’s finest talents.

Here’s what’s in store on the big stage…

Lyme Folk 2021 kicks off with one the most exciting collaborations of recent times.

As collaborations go, it doesn’t get much more mouth-watering than this. 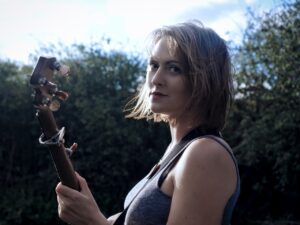 Returning to the live stage after a few years out, Fay teams up once again with Sam Sweeney and Rob Harbron, who wowed the Marine Theatre in 2019’s finale concert, to tour her new album, Wrackline.

Fay breaths life and meaning into old stories presenting them with a fresh twist and consummate musicianship from Sam and Rob including fiddle, concertina, guitar and banjo.

Expect to be enveloped in music, woven through magical stories. It will be a night to remember. 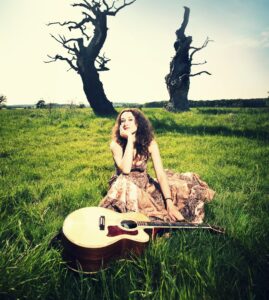 By popular demand, the festival’s patrons will be bringing their unique ‘Ninebarrow & Friends’ show to Lyme Folk Weekend for the third time.

This year they will be joined by Odette Mitchell (pictured), a brilliant singer-songwriter, guitarist and bouzouki player with a bold new take on the acoustic tradition and an unforgettable voice.

Odette was named Female Artist Of The Year at the 2019 FATEA Awards.

They have been playing and singing together for the last seven years and have toured extensively in the UK and Europe – including a tour with Show Of Hands and a show at Celtic Connections. 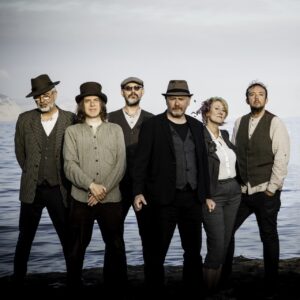 Round off the weekend with one of the best live acts to hit the folk scene in years.

Merry Hell came to Lyme Folk Weekend in 2018 and just blew the audience away.

Winners of both the Best Band and Best Live Band at the Folking.com awards, the band have been blazing a trail with their high-energy, foot-stomping folk-rock, and there is no better way to bring the curtain down on a fabulous weekend of live music.

Tickets for the Marine Theatre shows, including a weekend pass for all four concerts, are available only from the Lyme Folk Weekend website at www.lymefolk.com

Latin jazz at the Marine Theatre

LATIN American music covers a wide range, from the lilting bossa novas of Brazil to the more muscular rhythms of Cuba, and jazz musicians have found it a continuing source of inspiration.  […]

Lifeboat Week estimated to have raised £28,000

LYME Regis Lifeboat Week 2019 was another financial success for the RNLI, with at least £28,000 thought to have been raised, according to early estimates. […]

FROM London’s world-famous jazz club, The Ronnie Scott’s All Stars will take to the stage at the Marine Theatre in Lyme Regis to celebrate ‘The Ronnie Scott’s Soho Songbook’ – a show of jazz, alongside narration and rare archive images. […]