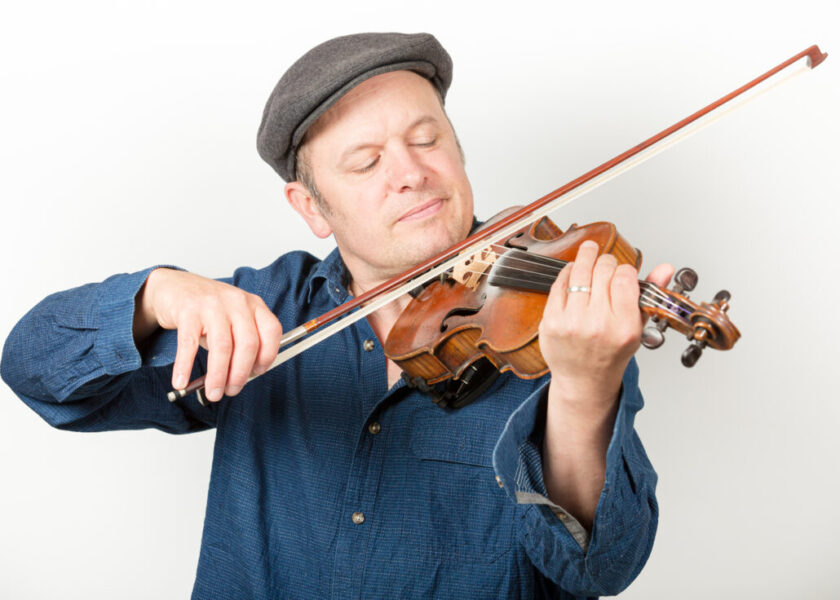 ‘JAZZ in the Bar’ nights will return to the Marine Theatre in Lyme Regis in September, as violin virtuoso Dan Baker plays the music of Stéphane Grappelli – ranging from the gypsy jazz of Django Reinhardt and the Hot Club de France to Grappelli’s later collaborations with pianist Oscar Peterson.

One of the all-time great jazz violinists, Stéphane Grappelli’s consistently enthusiastic playing did a great deal to establish the violin as a jazz instrument.

He met guitarist Django Reinhardt in 1933; they hit it off musically from the star and together, as Quintet of the Hot Club of France, they produced a sensational series of recordings and performances.

During World War II, Grappelli teamed up with pianist George Shearing in a new band that worked steadily through the war.

Grappelli performed throughout the 1950s and 60s, playing with Duke Ellington and Oscar Peterson among many others, and later on even played with violin legend Yehudi Menuhin.

He has been called “the grandfather of jazz violinists”.

As a musician, producer and sound engineer, Dan Baker has worked for big music companies such as EMI Studios and UB40’s studio, and supported bands such as Sly and the Family Stone and Jools Holland.

As a founder member of soul band the Baker Brothers, he has frequently toured Japan, and he is the violinist with gypsy jazz band ‘Petites Annonces’ who have played at places like the London Mecca of gypsy jazz, The Quecumbar, and the prestigious March Manouche Festival in Wales.

Dan Baker will be playing a variety of jazz from Stephane Grappelli’s illustrious career, accompanied by pianist Philip Clouts.

Sounds of Sonny Rollins to take over Marine Theatre bar

SAXOPHONIST Sonny Rollins is widely recognised as one of the most important and influential jazz musicians. […]

HOT on the heels of the successful return of its annual festival, Jazz Jurassica is launching a new season of jazz nights at the Marine Theatre in Lyme Regis.  […]

LEGENDARY R&B star Geno Washington is set to return to the Marine Theatre in Lyme Regis in the New Year, having been taken ill during his last gig at the venue. […]