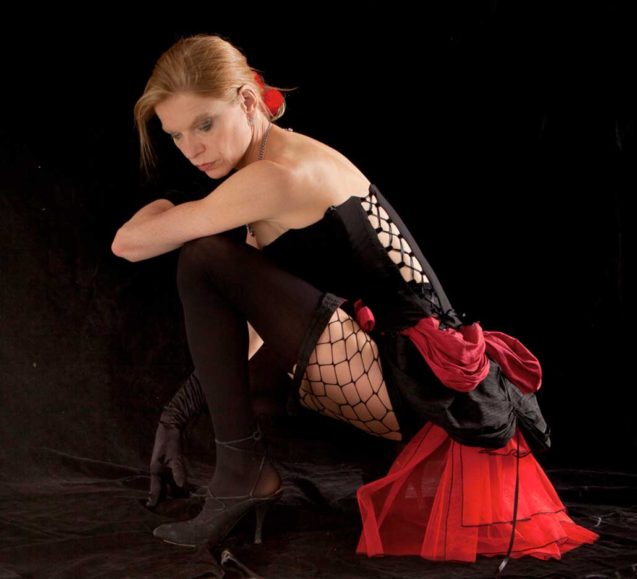 DIVA and vocal sensation Charlie Bicknell is a force to be reckoned with and will be singing a special Christmas programme at the Marine Theatre’s Jazz in the Bar on Sunday, December 8.

While continuing to work as an actress for the National Theatre and rep around the UK, Charlie developed a parallel career singing jazz and her own brand of dark comic cabaret for a number of years.

Described by The Observer as “always delighting… with an amazing voice,” Charlie has worked with fabulous singers such as Marie Wilson, Earl Okin, Anita Wardell and Alison Limerick.

She has sung at London jazz venues Pizza on the Park, The Pheasantry and Ronnie Scotts, an accolade she shares with Philip Clouts who will be accompanying her at the piano.

Internationally, Charlie has performed at venues in Australia (notably the basement of Sydney Opera House and a giant car park in Adelaide), Hong Kong, Copenhagen, Dubai and Abu Dhabi.

In addition to her extensive jazz repertoire from the likes of Cole Porter and Jerome Kern, expect some Christmas classics like ‘Santa Baby’, ‘The Little Boy that Santa Claus Forgot’, and of course Nat King Cole’s ‘Christmas Song’.

This Jazz in the Bar Christmas edition will be held at the Marine Theatre on Sunday, December 8, opening at 7.30pm for an 8.30pm start.

Tickets cost £8 in advance or £12 on the door, and are available by calling 01297 442138 or visit www.marinetheatre.com. Please note, this event is upstairs and seating is limited.

Dorset bin collections will not change over Christmas period

BIN collections in Dorset will take place on the usual days over the Christmas and New Year period, even on Bank Holidays. […]

This will be the last time: Guitars On the beach call it a day after grant refusal

ORGANISERS of Guitars On The Beach have reluctantly decided that this year’s event on June 27 will be the last time that Britain’s biggest guitar band will play together in Lyme Regis. […]

Lyme Regis organist to give recital with difference

ACCOMPLISHED Lyme Regis musician Alex Davies will be giving an organ recital with a difference on Monday, February 12th at St Michael’s Church. […]