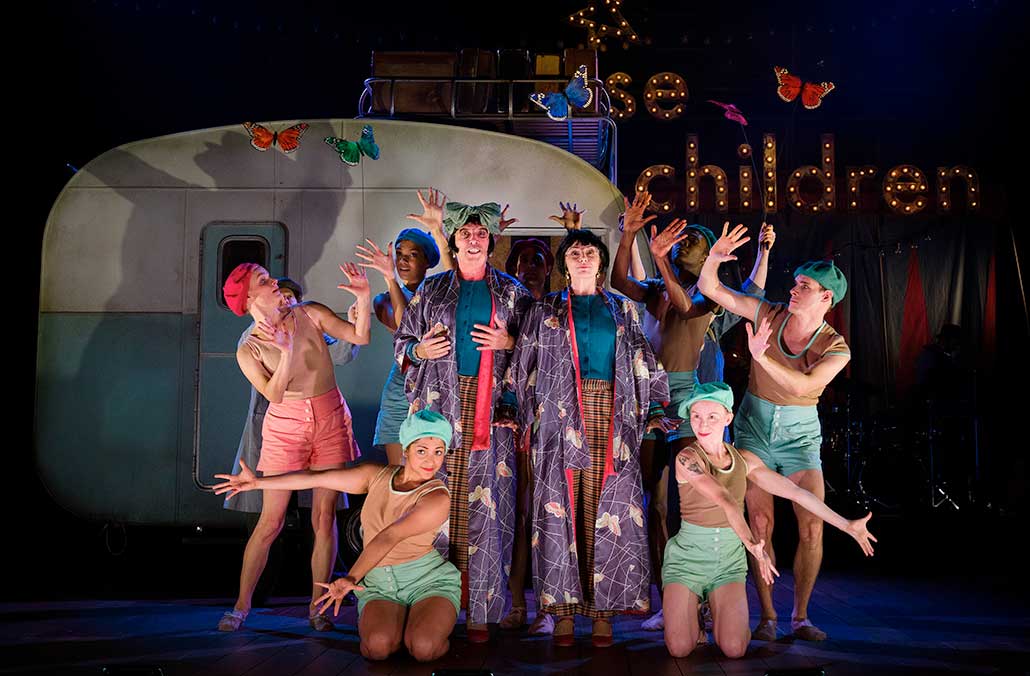 A LIVE stream screening of a new stage-adaptation of Angela Carter’s last novel, ‘Wise Children’, is coming to the Marine Theatre in Lyme Regis.

They do this, surreally, on the same day as their assumed father Melchior Hazard, the greatest actor of his generation. Melchior’s twin brother, Peregrine, is also celebrating his birthday – if he is even still alive.

Expect sex and scandal, show girls and music, mischief and mistaken identity – and one or two butterflies – for this all encompassing performance.

It’s pure, unadulterated theatre with an airtight company, subject, direction, and production. Rice not only blind-casts the whole piece, but single-handedly gives a masterclass on how to play with gender – Broadway World

Filmed live from the York Theatre Royal, ‘Wise Children’ is a loud and bawdy entanglement of theatrical joy and heartbreak, celebrating showbusiness, family, forgiveness, hope, scandal, mischief, with a generous sprinkling of Shakespeare.

Tightly packed with singing, dancing, and carnival vibes, the show takes its audience on a rollercoaster ride of emotions

Fantastic. Life-enhancing, brilliantly uninhibited, all-singing and dancing… Stars? I’m not sure why you would stop at five – The Observer

‘Wise Children’ will be held at the Marine Theatre on Tuesday, October 3 with the bar opening at 6pm for a 7pm start.

A NEW version of August Strindberg’s play ‘Miss Julie’, written by Polly Stenham, will be screened to the Marine Theatre in Lyme Regis. […]

THE Marine Theatre in Lyme Regis is launching an innovative course for young people this September, exploring the world of backstage. […]