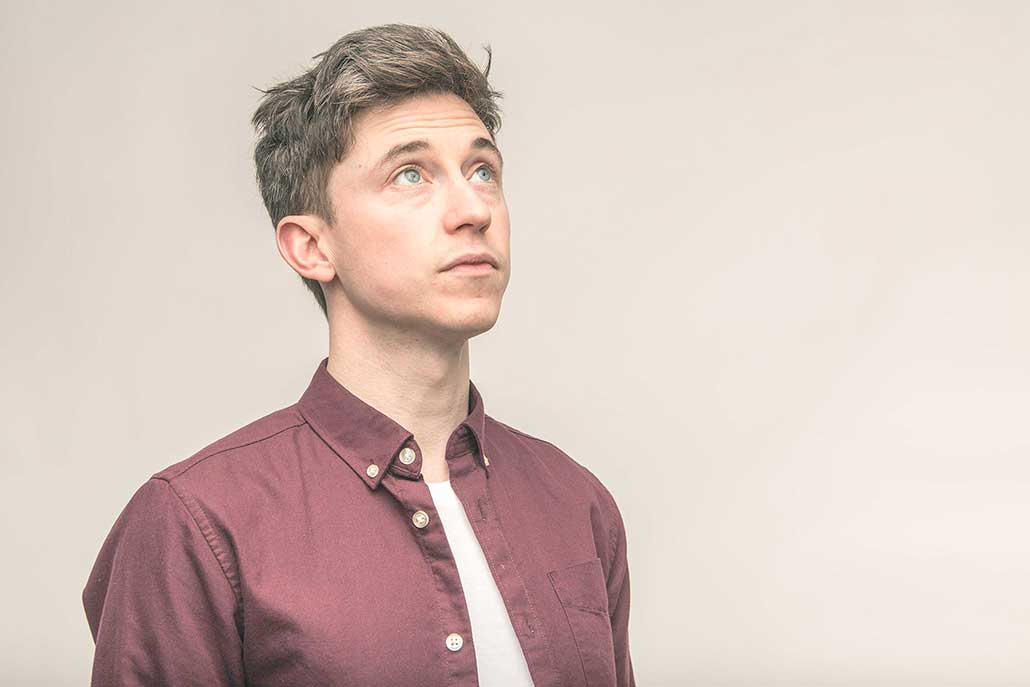 It takes the format of a traditional comedy club with short sets by four performers, mixing up nationally-known comics with those who are becoming established.

The monthly event is hosted by Bridport’s Tom Glover, a popular Axminster-based comedian and former local reporter and postman.

July’s edition is headlined by Jake Lambert (pictured above), who was called an “expert, charming stand-up” by The Sunday Times.

Jake Lambert fell into a career as a stand up; after gaining a following on Twitter under the pseudonym, he decided to put down his iPhone and pick up a microphone.

It has proven to be a wise choice as he has made it to the final of the Amused Moose award, semi-finals of the BBC New Comedy Award 2015, and even won English Comedian of the Year.

He is joined by Joe Wells, a writer from the BBC’s ‘Have I Got News For You’, and Andrew White, a favourite from the Edinburgh Fringe.

Tom Glover said: “It was fantastic to return to our home at the Marine for a sell out show with old and new faces – comedy fans clearly needed a laugh after the last 18 months.

“It’s a great value event for a tenner and a chance to see upcoming talent alongside big names.”

The next Lyme Regis Comedy Club with Jake Lambert will be held at the Marine Theatre on Saturday, July 24. Tickets cost £10 in advance and are available from the website www.marinetheatre.com

Laugh away the January blues at Lyme Regis Comedy Club

FOUR comedians are on the bill at Lyme Regis Comedy Club this month. […]

FOUR acts are on the bill at the Bank Holiday edition of Lyme Regis Comedy Club, headlined by a woman with a unique perspective and racy brand of comedy. […]

THE Marine Theatre in Lyme Regis has received a lifeline of £50,000, as the government announced its second round of the Culture Recovery Fund. […]