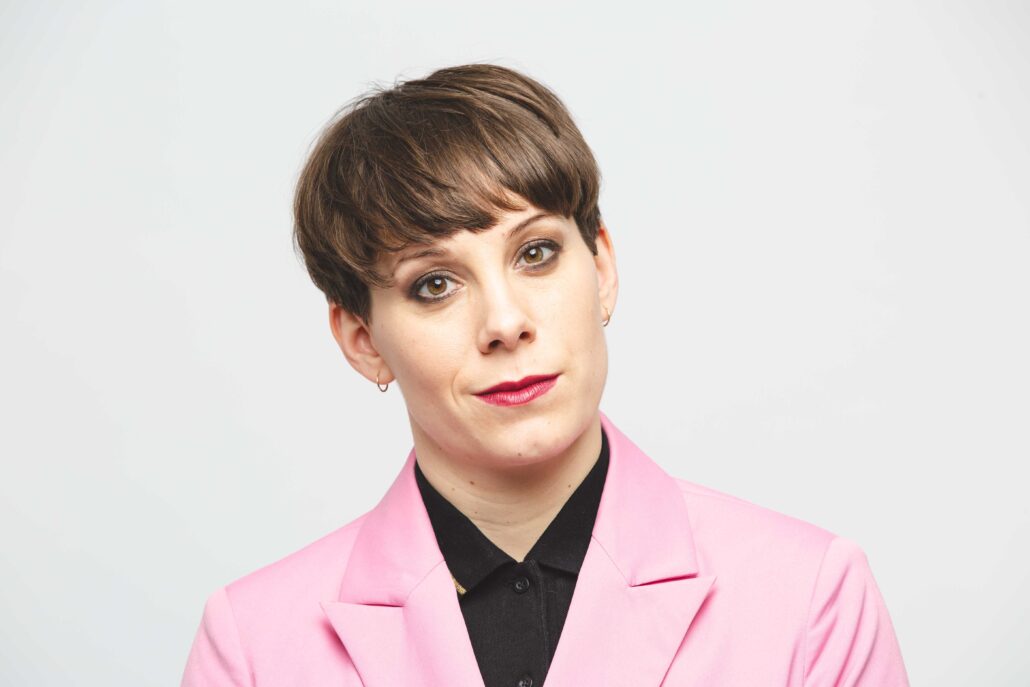 AFTER another successful run at the Edinburgh Festival in 2019, and earning a place in the British Comedy Guide’s Best Reviewed Shows Suzi Ruffell is taking her show ‘Dance Like Everyone’s Watching’ back on tour following the lifting of coronavirus restrictions.

Suzi has made a name for herself by turning tragedy and anxiety into big laughs. Now, all of a sudden, she is actually happy. This show answers the question: are all stand-ups at their best when they are miserable? Fingers crossed no!

Of course, the world is still completely upside-down, so don’t worry, it won’t be too joyous. There’s a mix of storytelling, observations, a dash of social politics and a lovely routine about a smear test. This show has everything.

The working-class comedian of her generation, Suzi Ruffell has had five sell-out runs at the Edinburgh Festival, racking up critical acclaim from reviewers and audiences alike.

In 2018, Ruffell recorded and released her show ‘Keeping It Classy’ for Live From The BBC, with a clip gaining over 32 million views on Facebook.

Suzi is best known for her appearances on ‘Live At The Apollo’, ‘Mock The Week’, ‘The Jonathan Ross Show’, ‘Roast Battle’, ‘Jon Richardson: Ultimate Worrier’, ‘Hypothetical’, ‘8 Out Of 10 Cats’, ‘The Comedy Bus’, ‘Stand Up Central’, ‘Harry Hill’s ClubNite’ and ‘Suzi Ruffell Live From The Comedy Store’.

A regular on BBC Radio 4 shows including ‘The News Quiz’ and ‘The Now Show’, Ruffell also co-hosts the hit podcast ‘Like Minded Friends’ with Tom Allen.

Last year saw Suzi hosting a brand-new radio show on BBC Radio 2 called ‘Explicable Me’, as well as launching her own podcast series ‘OUT with Suzi Ruffell’, which celebrates the lives of LGBT+ people and coming out, through interviews with star-studded guests.

She will be bringing her new stand-up show ‘Dance Like Everyone’s Watching’ to the Marine Theatre in Lyme Regis on Thursday, October 28.

The bar opens at 7pm for an 8pm start and tickets cost £14 in advance, available to book at www.marinetheatre.com

JOHN Smith was born in Essex, raised on the Devon seaside, but has the honey-on-gravel voice of an American blues singer. […]

THE Marine Theatre in Lyme Regis is celebrating Halloween and Mexico’s El Día de los Muertos with two events at the end of October. […]